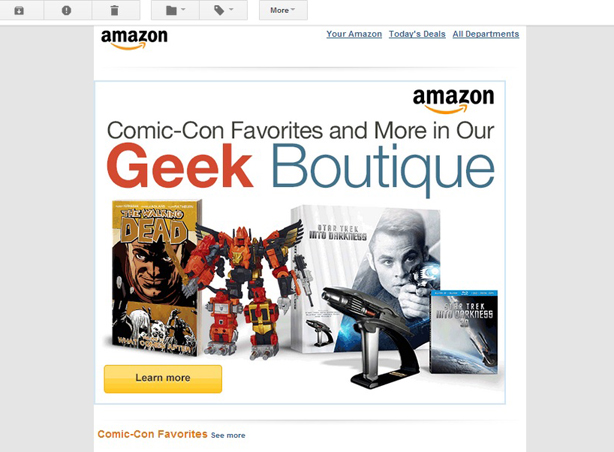 This has actually been sitting in my IN box for a couple of weeks, as I’ve pondered the mystery it contains.

What, pray tell, would make Amazon think I’m such a geek, that they would send me this particular come-on?

Below you see the Amazon page to which the link in the email sent me. Allow me to point out that:

And so forth. I have just one incriminating confession: I did recently download the “Walking Dead” game app for my iPad, and played it a little. Hey, it was free. I didn’t get into it very far — I found the controls insufficiently responsive. It was too hard to grab a weapon and use it before a walker got me, so I got discouraged. 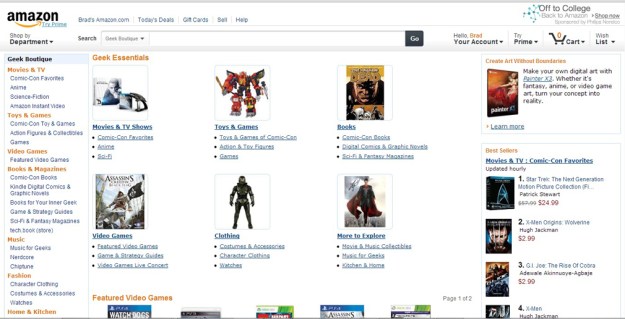 12 thoughts on “What makes Amazon think I’m such a geek?”