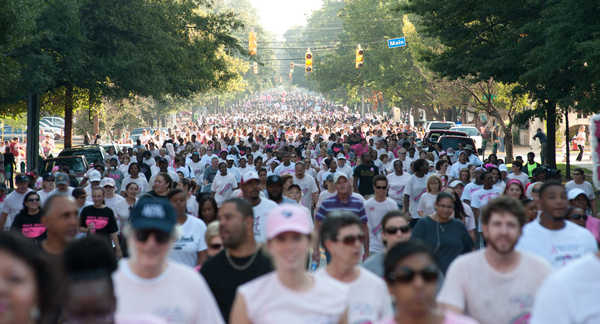 This blog’s Walk for Life team exceeded its fundraising goal days ago, thanks to the unwavering efforts of the stalwart Doug Ross, who raised more than the $1,000 benchmark all by himself.

So now, let’s get competitive about this.

I don’t know how much other teams have raised for the Oct. 5 event to fight breast cancer, but if the pattern is anything like two years ago, we’re probably in the Top 20 already. In 2011, we came in 18th despite only having raised $982.

The amount we’ve raised so far this year, $1,309, would have put us in 12th place two years ago. So it seems reasonable to assume that the Top Ten is within our reach. (Again, I don’t know where we stand this time, but back then, anything over $1,620 would have put us there.)

Thanks to Kathryn Fenner, Bryan Caskey, my Dad, and one regular from the blog who gave anonymously, for joining Doug in bringing us this far.

Now I’m hoping to hear from some of y’all who haven’t acted yet. Join us, and Top Ten status can be ours…

12 thoughts on “Walk for Life: Let’s shoot for the Top Ten!”