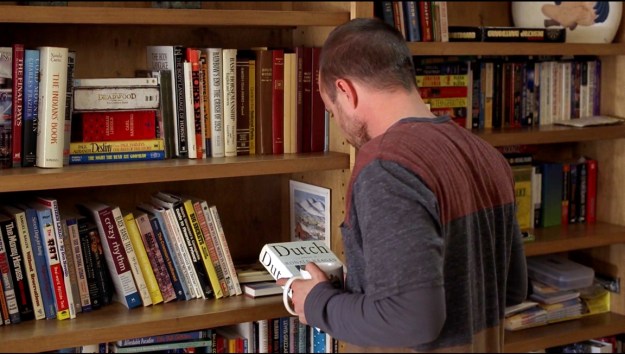 Last week, I thought I had finally found an aspect of “Breaking Bad” that no one else had delved into.

I should have known better. As into the series as I am, I knew that there were people out there who apparently have no lives whatsoever, and they’re always going to be several steps ahead of me.

Volumes have been written (although probably not yet actually assembled into physical volumes) about the main characters, such as this one last week wondering if Hank Schrader was turning into Walt White. Or rather, into another Heisenberg.

But how do you really get to know somebody? Well, you go to his house, and you look at what he’s got on his bookshelf. (Or, if you’re Rob Fleming in “High Fidelity,” you look at his records, and then judge him unmercifully.)

Last week (the episode before last night’s, that is), we got a look at Hank’s and Marie’s bookshelf. Jesse Pinkman walked over and idly picked up a copy of Edmund Morris’ Dutch: A Memoir of Ronald Reagan. I half-expected Jesse to remark on it, but he didn’t. (If he had, what would have had said, yo?)

Since Jesse said nothing about it, I froze the screen and looked at what else was there. A sampling:

Anything else jump out at y’all as revelatory?

I love details such as this. I’ve always thought I’d love to work in movies (or good television). I’m fascinated by the people who come up with these little obsessive details to put in the background, details that reveal character subtly, or which reflect an era accurately — when done right. 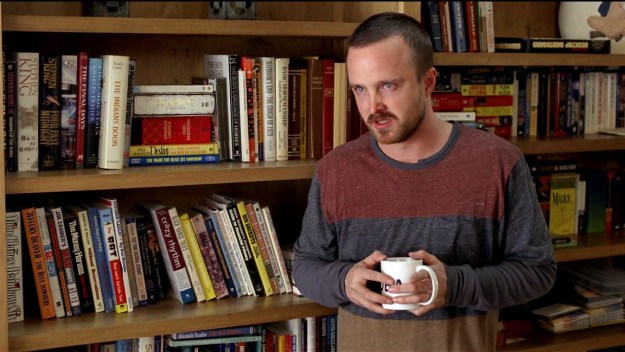 13 thoughts on “What’s on Hank and Marie Schrader’s bookshelf?”