This is just a quick word to ask y’all to come on out to The Zone this afternoon for the following:

Growing by choice, not by chance:
Envisioning our region’s future

COLUMBIA, S.C. – The Midlands is expected to grow by roughly 450,000 people in the next 30 years. That is equivalent to putting slightly more than the population of the four-county Asheville, N.C., metropolitan area into the Midlands by 2040. Will we grow by choice or by chance?

Yesterday, over four hundred diverse leaders and volunteers from business, government, the military, education, environmental, civic and other sectors came together to create a new vision for the Midlands of South Carolina.  A full release with images from Game Day can be found below.

This is the wrapup session from the Reality Check exercise on Tuesday. And just to recap this, here are a few observations about that process. (If you want a real synthesis of what happened, come to the Summit. Since I was roaming around from table to table Tweeting — which is what I was asked to do — my impressions are necessarily somewhat fragmentary.):

Here’s more thorough coverage from The State, and here’s video from WLTX.

Anyway, come on out and hear the results later today. Here are some pictures from Tuesday… 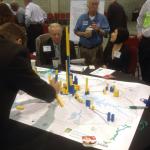 I was impressed by this group’s highly vertical downtown residential development. 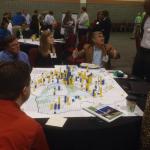 By contrast, this group (where you see Samuel Tenenbaum holding forth on guiding principles) went for more evenly-spaced development across the region. 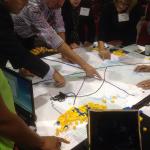 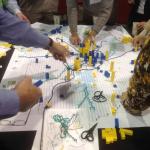 As the time got short, more hands got into the act. 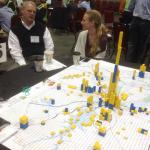 Hey! The Shop Tart was there! 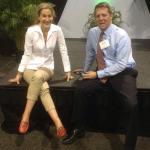 As the groups finished up, there were sidebar discussions — such as this caucus between Reps. Beth Bernstein and James Smith.

21 thoughts on “Come to the Reality Check Results Summit TODAY”