Well, we did it — we walked, and a pleasant stroll it was.

The first order of business was to get a picture of Doug Ross with his hat on — the hat that was a condition of one the contributions he brought in as part of a more than $1,200 total. 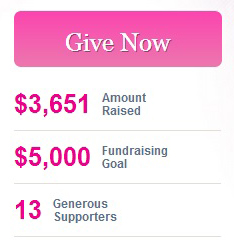 We ran into Samuel Tenenbaum, president of Palmetto Health Foundation, before we started out, so I had occasion to brag on Doug to him, as well as to introduce him to Bryan Caskey and tell about his $1,715 haul. And about our more than $3,600 total.

And Kathryn Fenner was there, having donated generously herself. I was the deadbeat on the team, having contributed mostly by making a lot of noise and nagging people. It’s what I do.

We gathered for coffee afterwards, and the general consensus (no formal votes) was that we would get an earlier start and make that $5,000 goal next year!

Not that we couldn’t, technically, make it this year. Palmetto Health is still counting contributions toward teams’ totals for another couple of weeks. Just go here, click on “Give Now,” and follow the directions… 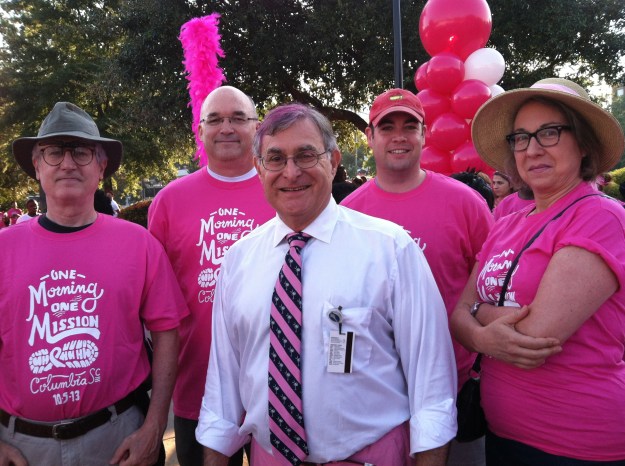 6 thoughts on “Your bradwarthen.com Walk for Life Team, in uniform”