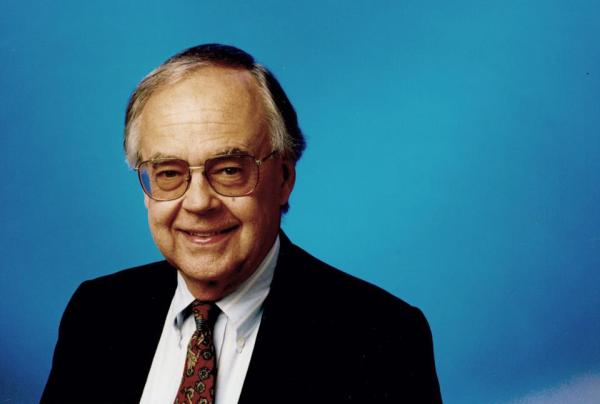 The word went out Thursday afternoon that our old and dear friend Lee Bandy was on life support in intensive care at Palmetto Health Baptist. His family was gathering.

Within an hour or two, his other family — the one that had had the privilege of working with him during his long career as South Carolina’s pre-eminent political writer — had started gathering in a message thread on Facebook.

By the time the inevitable word came this afternoon that Lee had passed away, that exchange of memories had turned into a virtual wake among 248 people who treasured his acquaintance. It included current and former alumni of The State, veterans of the Knight Ridder Washington Bureau, family members, and many others he had touched along the way.

For those of you who didn’t know him, let me try briefly to explain…

Leland Bandy first went to Washington during the Kennedy administration. Early in his career, he did some radio reporting — he had the voice for it — but he was primarily known for his 40 years with The State, most of it as the newspaper’s Washington correspondent.

After Knight Ridder bought The State in the late 80s, Lee officially became part of the KR Washington Bureau, but he never gave up his prestigious desk in the Senate gallery. He was a rare asset for the bureau, and not just because he was one of the only two or three people in the bureau who got tickets to the Gridiron show (he was a regular performer in the shows, as well as a loyal member of his church choir). Lee Bandy had access to people that no one else had. I remember in particular the way editors in the bureau hung on every word he had to share, after he and I had been over to Lee Atwater’s office at the RNC on one of my trips to Washington.

When Atwater was dying, Lee was the only journalist he or his family would have anything to do with. It was a pattern we’d see repeated when Carroll Campbell was diagnosed with Alzheimer’s, and when when Strom Thurmond died.

Everybody, including the politicos who despised all other journalists, loved and trusted Lee Bandy. Why? For the simplest of reasons. He was a good man. He treated everyone not only with fairness, but with kindness and generosity. It was quite a potent formula. More journalists should try it.

As his editor for a brief portion of his career — 1987-1991 — I have my own Lee Bandy stories to tell. But I was deeply impressed by some of those told in the outpouring of love on Facebook.

From Aaron Gould Sheinin, formerly of The State, now with the Atlanta Journal-Constitution (and here’s something Aaron wrote about Lee for The State):

I’ll go then. During the 2004 presidential campaign John Kerry came for an Ed board meeting. After Brad and Cindi and Mike and Warren finished their wonk nerd questions there was a pause. And Bandy pipes up, “So, John did you get Botox?” Kerry, his face devoid of emotion, says, “No, Lee, I didn’t.”…

Same year. Lee and I are at Crawford Cooks house to meet Bill Richardson, then governor of New Mexico who is thinking of running for president. Just the four of us. Richardson gives his opening spiel. Bandy clears his throat and says “So, I hear you got a bimbo problem.” Richardson, his face impassive, says “No, Lee, I don’t.”

Oh man. So Bandy is at the Gridiron in 2001. Bush’s first year. Lee Makes his way up to the head table. Bush sees him and says Bandy! Like everyone does. Bush says I want your speaker of the house to be my ambassador to Chile.

bandy says ok. And comes back and tells the editors

He calls David Wilkins the speaker who denies all knowledge. We decide that since the gridiron is supposed to be off the record that Lee needs to call the White House press office

Lee calls and tells them what he’s writing. They get all indignant. No way. Who’s your source?

Bandy: No the president.

Long story: Wilkins turned down the job an later took the canada job.

Angelia Herrin, who represented the Wichita Eagle (which was where I first worked with her, before I knew Lee) in the KR bureau:

We are so sad, reading this and yet, George turned to me and said, can’t you hear just lee bandy laugh? And we both laughed and cried a little. Because my god, Lee Bandy could make you laugh when you were just in the middle of the worst stupid day in Washington. Because really– that’s just the right reaction on the worst stupid day on Capitol Hill.

Jeff Miller, formerly of The State and now with an advocacy group in Washington:

I cut my teeth covering politics during the 1988 GOP presidential primary, the first to come right before Super Tuesday, and Poppy Bush needed to win. I was so far out of my comfort zone that crazy month. In hindsight, I needn’t have worried. I had… Bandy, who knew everything and everybody, to coach me through it. Greatest professional experience of my life. Bless you Lee. A legion of young, impressionable reporters owe you so much.

Megan Sexton, formerly of The State, now working at USC:

My favorite: Bandy interviewing Strom Thurmond Bandy: “Strom, have you tried that Viagra yet?” Strom: “Bandy, I don’t need it.”

Wayne Washington, formerly of The State, now of the AJC:

Lee, who was a reporting giant when I was in elementary school, was the first person to call me and tell me how much he was looking forward to working with me when I was hired by The State. I was speechless. Great sense of humor. Great generosity. Class.

Kay Packett, a sometime commenter on this blog, who explains in her stories how she knew Lee:

I am heartbroken. I met Lee when I was a brand-new press secretary in Washington and I avoided him assiduously because my previous boss — Mont Morton at the SC Department of Education for you old-timers — had told me Lee would have me for lunch. Then he called one day at the end of a very bad day and suggested a Bloody Mary, and I have loved him every minute since. He taught me everything I know about working with a real reporter, and he made me learn it the hard way! But we had a lot of fun along the way. My thoughts are with his family and I am so sad for all is us who loved him….

That truly was Lee’s gift — doing his job well and fairly and keeping his friends at the same time. I remember once when Carroll Campbell had instructed me to yell at Lee over an unflattering column, and I called to tell him I had to yell at him, and he said, “Good. Meet me at Yolanda’s.” So we had a couple of scotches and laughed. I wonder what questions he’s asking Campbell now.

There is a hole in my heart. Thanks, everyone, for sharing your memories.

Doug Pardue, formerly of The State, now with the Charleston Post and Courier:

A true journalist’s journalist, hard-hitting, and a truly nice guy. I remember when one young reporter from The State went to Washington and got in a cab. The driver asked him where he was from and he replied South Carolina. The cabbie then asked him, “Do you know Lee Bandy?”

Valerie Bauerlein Jackson, who used to sit next to Lee in The State‘s newsroom and went on to work for The Wall Street Journal:

I could not guess how many stories Bandy wrote about Carroll Campbell and Strom Thurmond–hundreds, maybe, and many, many of them critical. I think Bandy was the first to question whether Thurmond was still fit to hold office, and he certainly broke the story that Strom was living at Walter Reed. But when the Campbells were ready to let the world know that the governor had early-onset Alzheimer’s, they called Bandy. And when Strom died, the Thurmonds called Bandy….

Bandy was one of the best human beings I’ve ever known.

Michelle Davis, formerly of The State:

He was the only person from The State to ever come visit me in the far-flung Camden bureau when I was 23 years old. He treated me to lunch at The Paddock and actually took me seriously when I said I wanted to go to Washington someday like he did. And then he helped me get there.

Danny Flanders, formerly of The State:

I’ve been reading this all day, and it didn’t hit me until tonight when I first truly encountered Lee. As a new night editor at The State in 1990ish, one of my Friday night duties was helping with weekend copy. (Unless, of course, someone set fire to Rockaways) On my first Friday night on the job, I was told to “keep an eye out” for Lee’s Sunday column when it came in. Oh, God, no. I would be charged (in my early 30s) with editing Bandy, whom I read for years? So when he called me to tell me he’d filed (Remember all of that?) he introduced himself and we chatted for an hour about life, not the business, before he said, “Change anything you like, Danny.” I thought, Was he buttering me up to protect his copy, was he calling from a phone booth at happy hour, or is this guy really that nice? Yikes!. So I made a few nips and tucks, then held my breath as I called him to read it back to him, and he thanked me profusely for, he said, making him “look better”. Whew!…

thanks for the vote of confidence, Lee. Godspeed.

Brigid Schulte, whom I hired to “replace” Lee when he moved from Washington to the Columbia office in the early 90s. She is now with The Washington Post:

Lee Bandy. You can’t say the name without a smile. And perhaps a bit of a chuckle, remembering something he said, or did, hearing his own frequent chuckle after saying something a tad irreverent but always spot on. I had the great, wondrous and intimidating privilege to follow Lee Bandy as the State’s reporter in Washington after his long, illustrious stint when he’d decided it was time to go home. Bandy ferried me around the Capitol, expertly ducking in and out of offices, secret passageways, waving to just about everybody along the way. He was gracious, generous, supportive, hilarious, kind and just great fun to be with. He even snuck me into a Grid Iron rehearsal after we’d had a long, breezy, gossipy lunch that stretched into the late afternoon. We both giggled at the thought of Strom Thurmond referring to me as “that nice little girl from the State Newspaper.” My heart goes out to his family. I wish him not just peace, but dearly hope he’s sitting somewhere with his feet up, celestial newspaper open, a tinkling glass by his side, regaling fellow angels with irreverent, and spot on commentary on the doings in the world below. He was a peach of a man. He’ll, no doubt, make one hell of an angel.

Joseph Scott Stroud, formerly of The State, now political editor with The Tennessean:

Thanks to all for the sustaining thoughts through all this. Lee’s life showed us, and has reminded me this weekend, that you can be a constructive critic and observer of public life and still have a generous heart. Mary, I hope you and the family are blessed with a sense of why Lee is so loved by the rest of us — because of his good, kind heart and buoyant spirit. He won’t be replaced, but we all carry him with us in our hearts

And finally, one more from Valerie Bauerlein:

I love you, Lee Bandy.

She is far from alone in that.