Bill Connor is still playing it rather coy with his Facebook peeps:

Friends, I have a major announcement to make on Monday, but this weekend I plan to focus on military obligations (spending time with my Citadel teaching team) and spending the other time with my family. I appreciate that many calls and texts, and e-mails and will be in touch with everyone next week. In the meantime, I will make a special request for your prayers for my family. “The Lord is my Shepherd” and I follow Him.

But The State reports that he’s actually already filed:

Orangeburg attorney Bill Connor, who lost the 2010 Republican runoff for lieutenant governor to Ken Ard, has filed to run against U.S. Sen. Lindsey Graham in next June’s Republican primary, according to federal election documents.

When I saw him a couple of weeks back, Lindsey Graham indicated that as far as he was concerned, he loved having three opponents.

But four could be one too many. Also, i think he has a little more reason to worry about Bill Connor than about the others who have previously jumped into the ring. 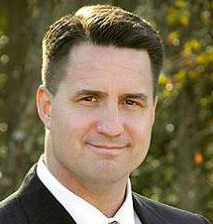 He’s a somewhat more traditional conservative than his opponents — more the values-voter, God-and-Country type than the SC-should-print-its-own-money-again sort. Or at least, in the statements I’ve seen so far. He’s paid some dues in the party, currently serving as the 6th-District chairman. He’s got a solid military record, having served in a combat role in Afghanistan. He’s run a statewide primary race before (losing the lieutenant governor nomination to Ken Ard). And he’s just gone out and had new portraits taken of his family. (I still remember how deeply impressed John Courson was when Mark Sanford sent out family portraits as Christmas cards before running for governor: “Fine-looking family — Kennedyesque… Kennedyesque!” You have to imagine it in Courson’s distinctive voice and accent.)

Lt. Col. Connor could be a more likely vote-getter. That doesn’t mean the incumbent’s in trouble. But it does make things a little more interesting.

6 thoughts on “Another primary opponent for Graham: Bill Connor”