Someone was praising Cindi Scoppe’s column today on the contested election for chief justice of the SC Supreme Court, and I agreed: “Yes — Cindi’s probably the only journalist in SC who knows enough even to have the idea of writing it.”

You may be disappointed after that buildup to find that there’s no hard-hitting, simple editorial point in the piece, and she certainly doesn’t take sides between incumbent Jean Toal and challenger Costa Pleicones. The overall point is to lament the system we have for picking justices, and the lack of transparency in it after that one, brief, qualification hearing — which everyone knew that both of these exceptional jurists would pass with flying colors.

What she does is provide perspective on the court and its place in our, um, unusual system in South Carolina.The piece should be required reading for legislators, who will be the voters in this particular election.

The piece does a number of things. First, she explains that this is yet another chapter in Jean Toal’s precedent-breaking career, and I don’t (and she doesn’t) mean that in the facile sense of trailblazer for women, yadda-yadda: 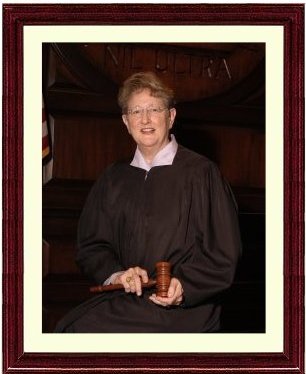 But things never have been normal where Jean Toal is involved, and by that I’m not referring to the fact that she was South Carolina’s first female justice and chief justice.

In 1988, she became the first non-judge elected to the high court in more than three decades. That happened after ethics questions derailed the candidacy of Circuit Judge Rodney Peeples, who entered the race with more than enough votes sewed up to win.

Eight years later, Mrs. Toal became the first sitting justice since 1893 to be opposed for re-election, when Circuit Judge Tom Ervin challenged her amidst anti-tax groups’ absurd efforts to paint her as a liberal; her support was so overwhelming that he dropped out of the race less than two hours after legislators were allowed to start making commitments.

Clearly, the Legislature will break precedent if it elects Mr. Pleicones. But even if it re-elects Mrs. Toal, the status quo already has been interrupted, making it much easier for lawmakers to break with tradition and skip over Mr. Pleicones and, who knows, perhaps skip over Mr. Beatty, possibly even select a chief justice who isn’t on the court….

In future SC history books, there will likely be quite a few footnotes devoted to Jean Toal.

As I said, while this piece may be interesting to other readers, it should particularly be read by lawmakers. Cindi takes it on herself a lot to put things into perspective for legislators. Someone needs to.

One key thing she explains — and these days we have more and more lawmakers who need this explained — is that there are important issues at stake here, but they have nothing to do with notions of left and right, Democrat and Republican, the way those things are force-fed to us today out of the Beltway: 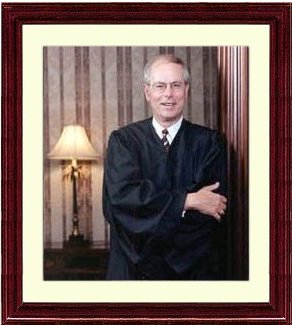 Some Republicans in the Legislature — and lots outside, particularly of what we now call the tea-party variety — have been grumbling for years about having a court full of former Democratic legislators.

I suppose it’s understandable that people would be confused about the role that partisan politics plays on the S.C. Supreme Court — none — given the diet of hyperpartisan Washington politics on which a frightening number of South Carolinians feed, forming not only their world views but their state views.

Although the U.S. Supreme Court is in fact composed of two well-defined ideologies, you’d be hard-pressed reading state Supreme Court decisions to guess the partisan or ideological inclinations of the justices. So I was a little disappointed when Justice Toal, asked about complaints that she’s too “political,” dismissed them by noting how well she has gotten along with the Legislature and governors, even as their politics have changed.

That temptation must be greatest for the chief justice, whose dual role as chief executive officer of the entire judicial branch of government brings with it the heavy burden of convincing the Legislature to fund the courts adequately, and keeping lawmakers from exacting retribution, financial or otherwise, when court decisions go a way they don’t like…

It is for this reason that Cindi laments that “Justice Toal, asked about complaints that she’s too ‘political,’ dismissed them by noting how well she has gotten along with the Legislature and governors, even as their politics have changed.”

And of course, in SC, things get very personal, as Cindi suggests in suggesting an apparent reason why Associate Justice Pleicones is making this extraordinary challenge to his old friend:

… one of the themes of criticism that Justice Toal received in anonymous surveys from lawyers stemmed from what Justice Pleicones has called her broken promise to retire when her term ends next year, which would give him an extra year and a half as chief justice….

In the end, the main concern expressed is that from here on, we won’t know what these candidates are saying to individual electors: “For the mind reels at where even the most honest and well-intentioned justices might be tempted to go when they meet behind closed doors with legislators who have votes to provide them — and requests to make of them.”

Cindi doesn’t mean to besmirch either candidate. She notes in particular how Jean Toal’s tenure has been characterized by a “steady move toward judicial independence, toward calling out the Legislature when it needs to be called out.”

But moments such as this create enormous potential for undermining that kind of essential independence. And that is indeed disturbing.