And he presents good arguments in support of that statement. He says Christie’s main strength was his crossover appeal — the GOP base loved him not — but according to a new poll, he’s lost ground among Democrats, Independents and women and:

Without holding the electability card, Christie has little chance of winning the Republican presidential nomination. It’s just one more example of how quickly fortunes can turn in politics.

Yes, exactly. I seem to recall that in the fall of 2011 and into early 2012, the GOP field had a different front-runner every week. And then the musical chairs game ended, and Mitt Romney, the original front-runner, was the only one with a seat. 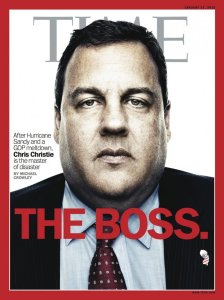 So Chris Christie is out of it this week. And next week, too. But who knows what will transpire during the 145 weeks left until Election Day 2016? People are disenchanted with Christie now, but that’s in a vacuum. Whom will they love better? And what will be that person’s “electability?”

9 thoughts on “Chris Christie no longer the front-runner. This week.”