I’ve always seen Tom Davis as a (mostly) reasonable man, and have been distressed to see his drift into extremism over the last couple of years.

So I’m pleased to see him take a deliberate step away from the antebellum notion of Nullification: 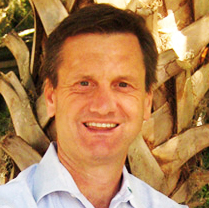 COLUMBIA, SC — A Republican lawmaker says he plans to take the “nullification” out of the Obamacare nullification bill before the state Senate….

“The conversation really has gotten off the rails a little bit,” Davis said Wednesday, after holding three public hearings across the state that drew hundreds. “Everybody talks about nullification. This isn’t nullification. We can’t nullify.”…

But it’s a bit disingenuous for Tom to act like other people have somehow gone “off the rails” with all this nullification talk:

So… Tom no longer wants to nullify Obamacare. However, he does want to sabotage it, to do all he can to make it fail. Which is not the most positive attitude I’ve ever heard of with regard to respecting laws legitimately passed by the Congress.

But this is progress…