Plenty of reason to smile, but… she didn’t start the reform ball rolling.

First, let’s celebrate that the Legislature has now decided to let the actual, elected chief executive be responsible and accountable for another significant portion of the state’s executive branch.

And that they’re setting aside a governing body — the Budget and Control Board — that made a mockery of the separation of powers doctrine. (Although for some of that body’s current functions, the bill will create a new “State Fiscal Accountability Authority,” on which the same legislative leaders retain their seats.)

But while we’re celebrating, let’s retain our historical perspective. From The State‘s story this morning:

“The push to create a Department of Administration has been a three-year fight and getting it over the finish line will be a tremendous win for the people of this state,” Haley spokesman Doug Mayer said, referring to the Republican’s time in office. “This is another example of South Carolina moving in the right direction.”…

If Adam Beam hadn’t included that explanatory phrase, “referring to the Republican’s time in office,” I wouldn’t have had a clue what that “three-year” reference meant.

After all — as I documented at the time — Vincent Sheheen first came to my office to begin pushing this plan (the bill that passed is his) in January 2008. And he came to propose this approach as a way of breaking an impasse that long predated his move, or even his time in office.

I was also a bit puzzled by the headline on The State‘s story, which was “After decade of debate, lawmakers agree to restructure government.”

Now, lest you think that I’m dating this debate to my Power Failure series in 1991, I have to tell you it goes farther back than that. Yes, the really active discussion of the need to restructure our government to, among other things, put the executive in charge of executive functions, started at that time — partly because of our series, and partly because Carroll Campbell took it on as a signature issue.

But, as we documented in the first installment of Power Failure, there had been numerous (if I had a reprint at hand, I could tell you exactly how many) blue-ribbon panels recommending these changes, or changes very like them, since 1945. All ignored, for the simple reason that lawmakers had no intention letting go of their excessive power, or reducing the fragmentation and dilution of what executive authority existed (divided among nine separately elected constitutional officers). It’s not like this was my idea, or the paper’s, or Campbell’s. Lots of folks had been trying to drag the state out of 17th century, which was when the SC pattern of governance began. Originally, it was about putting a class of slaveholding landed gentry in charge of the colony, and then state, without a co-equal executive branch to balance their power. After that class faded from history, lawmakers held onto their power just because.

As Sen. Larry Martin said, this is the most significant restructuring step by the state since the big reform of 1993, which put most executive agencies (although not all, and not the one that oversaw the biggest chunk of state spending — the Department of Education) under the governor. That followed on Campbell’s and The State’s efforts.

The only noteworthy change since then was a year or so ago, when it was decided that in the future — but after this governor has left office — the lieutenant governor will be elected on the same ticket as the governor.

Martin promises more to come, including getting rid of the two most glaring instances of someone being separately elected to oversee parts of the executive branch, bringing the adjutant general and superintendent into the Cabinet.

I look forward to seeing that. In any case, it’s great to see lawmakers finally addressing something from my list of “South Carolina’s Unfinished Business” in my last column at the newspaper. 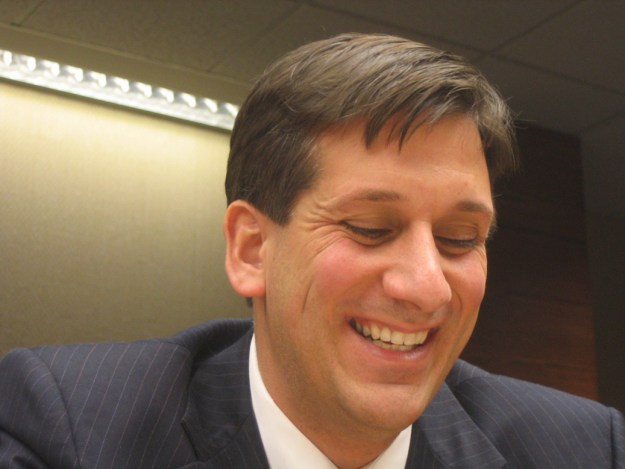 Nor did he, although he deserves as much credit as anyone currently in office. This is from when he unveiled the plan in 2008.

2 thoughts on “Restructuring debate has dragged on for decades, plural, not ‘three years’”