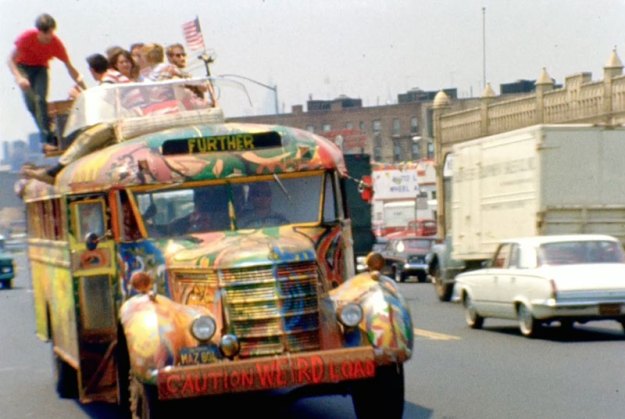 You were either on the bus, or you were off the bus…

thestate.com published this (but it seems to have disappeared since I first wrote a draft of this post several days ago — sorry) and attributed it to AARP, although I can’t find anything about it at that site. Anyway, it’s supposedly books that “defined a generation,” yadda-yadda:

There are some in the honorable mentions that should have made the list, such as Fahrenheit 451, The Teachings of Don Juan: A Yaqui Way of Knowledge, and maybe Zen and the Art of Motorcycle Maintenance, but I’m not sure about the last one, because I didn’t read it. I figured the book couldn’t improve on the title, so why bother? Books that should be on the list:

That’s enough for now. I’m thinking, though, that since this list is so skewed toward things we read when we were kids, maybe there should be a list of books Boomers loved as adults. Say, Douglas Adams’ “Hitchhiker” series. Or, to return to the Tom Wolfe well, The Right Stuff…