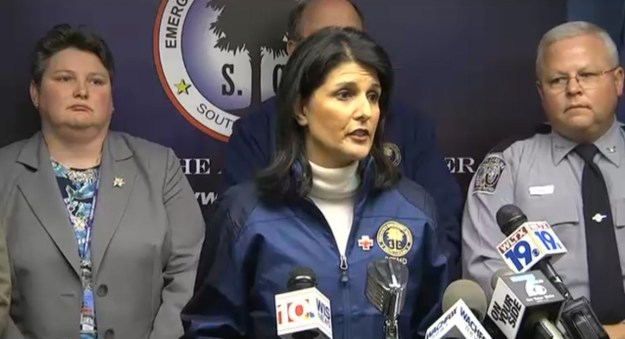 While typing my last post, I was listening to Nikki Haley’s live presser about the weather. Occasionally, I would glance over, and was struck by how the gov had adopted the standard Chris Christie disaster couture, with the dark blue windbreaker and everything. (Although she added a stylish white turtleneck.)

I’m telling myself this doesn’t mean anything. It doesn’t mean she’s going to stop lanes of I-20 going through Kershaw County just to punish Vincent Sheheen or anything. And so far, it doesn’t look like she’s packing on any unhealthy pounds.

Apparently, this has become the national standard for a governor wanting to show that he or she is in Complete Weather Disaster Command and Control Mode. Like a general getting out of Class A’s and into fatigues — or rather, like what that would have meant decades ago, before generals started going to the office every day in BDUs.

Anyway, it just struck me as an interesting visual. Increasingly, we think in visual symbols rather than words, don’t we?

And are we next going to see Gov. Haley walking alongside President Obama, showing him the devastation wreaked on our state? Probably not… although I see she has sought a federal emergency declaration, which I found ironic… 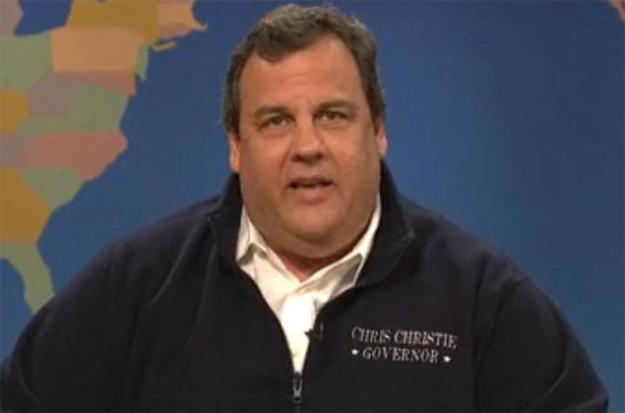