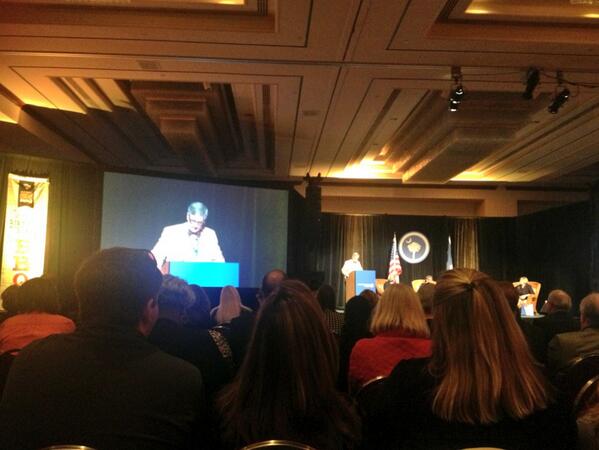 That’s me, blown up beyond recognition, during the panel discussion.

Concern has been expressed that I haven’t posted since Friday.

But I’m OK. I just had a busy weekend, and a busier Monday.

Today, I drove down to Hilton head to moderate a panel at PRT’s annual Governor’s Conference on Tourism and Travel. Really; it’s a thing. It has a hashtag and everything.

I moderated a panel of legislators talking tourism topics. Panelists were:

Mostly they were all very friendly to tourism. Rep Erickson wasn’t the only one favoring beach renourishment, for instance, even though she was the only one from an entirely coastal district.

If there was a split, it came when we talked about funding for construction and maintenance of roads and bridges.

And it wasn’t a particularly stark division.

The audience was very much against using tourism-directed funds, such as the hospitality and accommodations taxes, for roads. The entire panel expressed sympathy with that position. But when it came to increasing the gasoline tax, only the Democrats — who don’t have to worry about Tea Party opponents in upcoming primaries — were unapologetically for it.

But Chairman White seemed to be willing to go for the idea theoretically, at some unspecified point in the future.

It’s interesting — in my experience, the gas tax is the one tax that conservatives (regular, old-fashioned, Chamber of Commerce-type conservatives, not the latter-day Tea Party kind) are usually willing to back. But it’s a problem for Republicans in SC, after the governor’s promise to veto any such increase.