This morning, I had this email from the SC Policy Council’s Barton Swaim about yesterday’s math problem:

“They have tightly contained the growth in funding sources that they control.”

So you think the legislature doesn’t control the federal portion of the budget? Or the fines/fees portion, which has consistently climbed upward?

The fines and fees, yes. But in making a philosophical argument about the “size of government,” you can’t hold legislators responsible for federal appropriations. Doesn’t make sense. If you want to talk about federal money, talk about Congress. 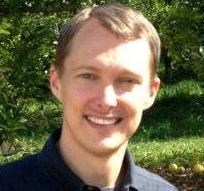 They have to approve almost every federal dollar. With only a few exceptions, “no agency may receive or spend federal or other funds that are not authorized in the appropriations act” (state law, 2-65-20 [5]). The fact that lawmakers completely neglect oversight in this area – except to advocate for more federal money and change state laws per federal demands in order to draw it down – does not alter the fact that they do, in fact, have the power to control it. Indeed, they actively encourage more federal spending so that Washington can pay for basic state government services (roads, social services, etc.) and the legislature can blow more and more state money on bogus stuff like corporate welfare and tourism marketing….

Incidentally, I’m not a libertarian. I don’t even “lean libertarian,” as some people say.

You sound pretty libertarian to me. When the objection isn’t to raising taxes (or fees, if you like), but to spending at all, wherever the money comes from, that’s pretty much a blanket negation of the value of government.
And by “corporate welfare,” do you mean incentives for economic development? I’m sort of neutral on those. If they seem likely to pay in the long run, I’m for them. Otherwise, not.
And why wouldn’t we do tourism marketing, since tourism is such a big piece of our economy? I can see debating it, case by case, but dismissing the whole notion as “bogus” seems to be going too far.
Do you mind if I post our conversation on my blog?

No problem about posting the conversation, just take out … [which I did]….

In the cases of both tourism marketing and corporate welfare, there’s no way to prove that either “work.” With incentives (both tax favors for specific companies and outright cash for the same), the only way the state keeps track of their success is a series of press releases sent out by the governor and Commerce department boasting on the number of jobs “recruited.” Whether these jobs ever become actual jobs, nobody knows.

On tourism marketing, how would you know if it was working or not? An increase in tourism – which you would get in any case when the economy improves? Come on. When you see a commercial saying “Virginia is for lovers” or whatever, do you think, “You know, Virginia would be a nice place to take the family for a vacay”? Well I don’t. What I think is, “Looks like Virginia’s tourism department had some leftover money they needed to blow so they wouldn’t have any left over at the end of the fiscal year and they could as the House of Delegates for more.” Similarly, nobody needs to be told that South Carolina has nice beaches and that it’s less expensive to vacation here than Florida. They know that already. And if they don’t, they ain’t gonna be persuaded to change their summer plans after watching some hokey commercial.

Well, since I’m working in the marketing biz these days, don’t expect me to agree that it’s a waste of money.

Thanks for the exchange.