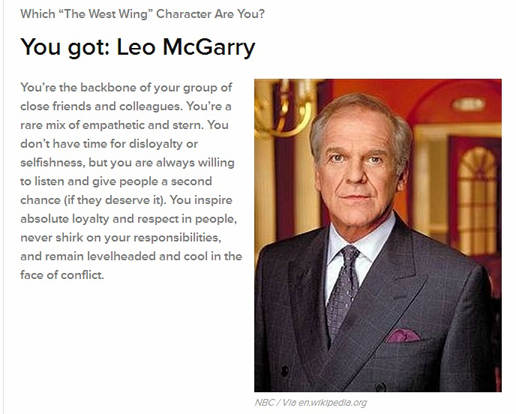 As y’all know, I’m getting into “The West Wing” about 15 years later than everybody else (they just started streaming the whole series on Netflix), and making up for the delay by getting really, really into it.

Like, as much into it as I am into Patrick O’Brian’s Aubrey/Maturin novels. Which is about as extreme as it gets. Or as extreme as I get, anyway.

So when I saw that Scout had provided us with a link to a “Which ‘The West Wing’ Character Are You?” quiz, I immediately took it. And I am entirely pleased with the results.

I am — of course, of course — Leo McGarry. No result could have pleased me more. Leo is exactly what I want to be when I grow up.

Sometimes these kinds of quizzes are pretty silly, but this one was obviously devised by geniuses… 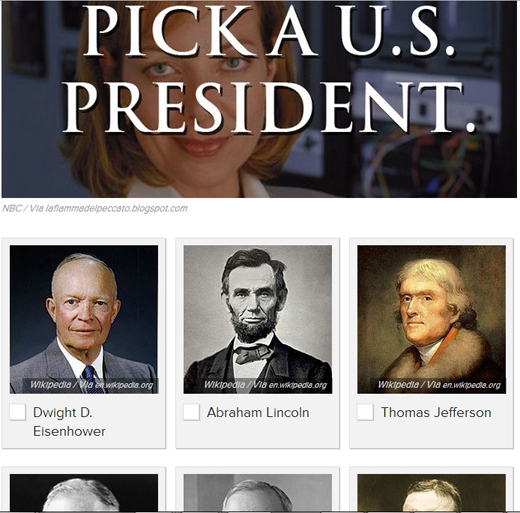 17 thoughts on “All right! Test proves that I am, of course, Leo McGarry…”