This came in earlier today:

WASHINGTON – U.S. Senator Lindsey Graham (R-South Carolina) today made this statement on Hamid Aboutalebi who was selected to serve as Iran’s emissary to the United Nations in New York. 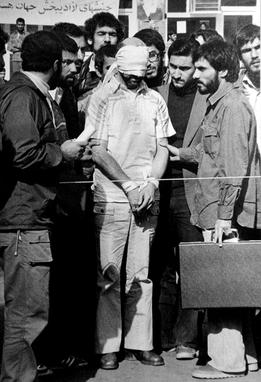 Graham opposes granting Aboutalebi a visa which would allow him to travel to the United States.

“This is a slap in the face to the 52 Americans held hostage in Iran for 444 days and an affront to all Americans.

“The very idea Iran would appoint someone to represent them at the United Nations in New York — who was connected in such a direct way to the American Embassy takeover in 1979 — says a lot about the regime and the so-called moderation of President Rouhani.

“Iran has been involved in worldwide terrorism plots and designated as a state sponsor of terrorism.  Iran provided equipment used to kill American soldiers in Iraq.  Iran supports Hamas and Hezbolloah, two terrorist organizations. And finally, Iran continues its pursuit of a nuclear weapons capability, not a peaceful nuclear power plant.

“I’m hopeful the Senate will soon send a strong signal to Iranians that we will not accept this individual or allow him to represent Iran on American soil.”

11 thoughts on “Graham says we should bar Iranian emissary to the U.N.”