WLTX is all over this story this morning, through various media:

Deputies say a state trooper saw the three white males and one white female at the upper rest area of I-26, and a chase ensued into the City of Newberry. The suspects are teenagers.

A deputy spiked the vehicle’s tires and the four suspects then took off on foot at state highway 34 and US 176. Multiple weapons including high powered rifles were found inside the vehicle. Some of the weapons were stolen.

The four suspects are wanted from Greeneville, Tennessee and have been on the run since 11:00PM Wednesday….

But I had to wonder if this was just one Tweetful of information more than we needed: 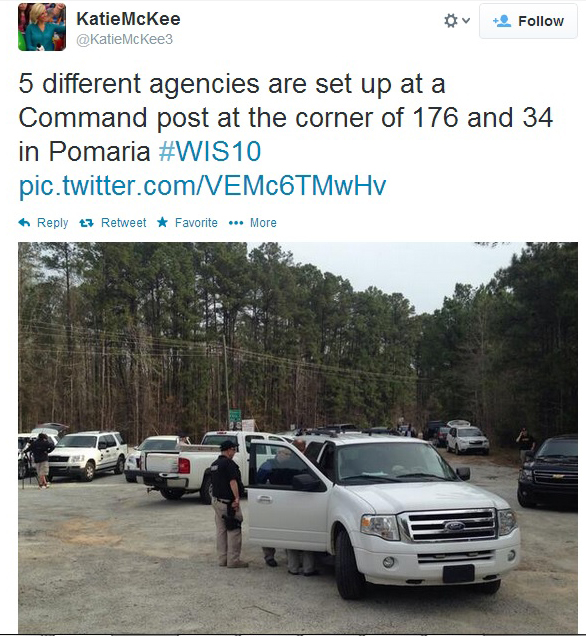 But hey, these fugitives are teenagers! What do they know about smartphones or social media? Or Google Maps?

Nice enterprise on the part of the reporter. Way to stay on top of the story. But this is one instance in which it might have been good to have an editor involved, saying, Hold on, let’s think about this…

Or not. Thoughts? Your opinion would turn on whether you think it’s a journalist’s duty to report everything of interest, or whether you think he or she has a duty to public safety as a citizen. Within the news biz, I’ve heard impassioned arguments both ways.

6 thoughts on “Handy, timely info, if you happen to be a fugitive”