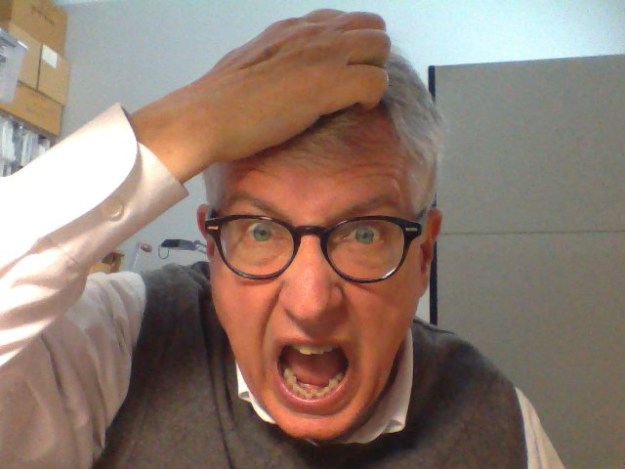 I was already pretty ticked off because the only tunes that showed up on my Apple TV were ones that I had “purchased” (either for money or by redeeming a free song from Starbucks or something) from iTunes.

Whereas, most of the music that was in iTunes on my PC laptop and my iPhone and my iPad were songs I owned before iTunes was invented — things I bought long, long ago, either on CD or vinyl (I have a turntable at home that hooks up to a computer and converts vinyl to MP3s). Stuff I had every right to. I liked that this music was in iTunes because it meant it wasn’t subject to the ravages of time and rough use as they affect vinyl and CDs — and they were available to me on multiple platforms, wherever I went.

The number of songs I had “purchased” from iTunes were insignificant. I mean, unless someone has given me an iTunes gift card, why would I spend money on something I could hear on Pandora or Spotify for free? (Especially, especially, especially if I had already paid for it once, twice or three times in my lifetime?)

Anyway, this state of affairs got worse when I got a new iPhone a month or so ago. Everything transferred over from my old iPhone just fine. But recently I noticed that all of MY music (the music I owned before iTunes, from vinyl and CD) was missing.

So today, when I connected the iPhone to my PC in order to transfer some photos, and iTunes automatically launched, I thought, “I’ll try to fix this.”

I did this by clicking on “Brad’s iPhone” in iTunes, scrolling down to options, and clicking off the button that said “Sync only checked songs and videos.” And then I clicked “Apply.”

I got a dialogue box that I can’t seem to get back again now, but I think it said something like “Do you want to erase the iTunes profile on your phone and replace it with the one on your computer?” I said “yes,” because that’s what I wanted to do. And I ran it.

And now, I still don’t have any of MY tunes on iTunes, and a bunch of them (but strangely, not all) have disappeared from my laptop as well! For instance, all of the Beatles albums — just gone!

They’re all still on my iPad. So now I’m scared to connect the iPad to the PC, lest I lose them. (And yeah, I suppose I still have copies of these things somewhere, in some form, but getting them onto iTunes represented a lot of time and effort.)

Anyone have any advice?