I’m jealous of people who get to travel for their work. Yeah, I know people like Doug and Silence will talk about what a grind it is, but I’m envious nonetheless. My trip to England three years ago was my first time out of the country in many years. In my newspaper job I used to bop up to Washington occasionally, or to a conference somewhere else in the country now and then, but never abroad.

And I enjoy travel. It doesn’t just broaden the mind; it stimulates it, generating thoughts that wouldn’t occur running on the usual, everyday fuel.

So today I’m feeling jealous of my good friend Emerson Smith, who tells me from his berth on the Queen Mary II somewhere in the South China Sea (I think — there’s no telling where he is at a given moment) that next month he’ll be back in Poland — another place I’ve never been. 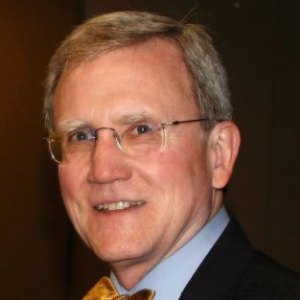 He’s one of two people who will be representing South Carolina at the BioForum 2014 (cebioforum.com) in Lodz, Poland on May 28-29, 2014, Emerson and Brad Goodwin from CharlestonPharma, speaking on how biotech companies in central Europe can create joint ventures in the U.S. and South Carolina.

“South Carolina is well known for having international companies from Germany, Belgium, France, Japan, China and other countries,” writes Emerson via email. “Most of these companies are large manufacturers. What we need to attract, in addition, are small biotech companies from Europe, which includes western Europe as well as central Europe, which can grow in South Carolina. Central Europe is historically known for its scholarship and science. Copernicus is from Krakow, Poland. South Carolina’s SCRA and SC Launch are always looking for opportunities to attract biotech companies from abroad and provide seed funding as well as assistance in dealing with state and federal commercial laws.”

Emerson is CEO and president of Metromark Research here in Columbia. He is also a sociologist, as he used to point out to us when we called him “our pollster” in the newspaper, which bugged him. He used to do our South Carolina Poll back when I was governmental affairs editor at The State. We did quite a bit of polling in those days. And while he didn’t like being called a “pollster,” he was a good one. His horse-race polls — the only kind where you get a real-world check on your accuracy — were always dead-on. Even multi-candidate primaries, which were notoriously hard to call.

So now, our pollster is working to grow the biotech sector in SC. Good for him. Even if I’m jealous that he gets to be an International Man of Mystery while doing it.