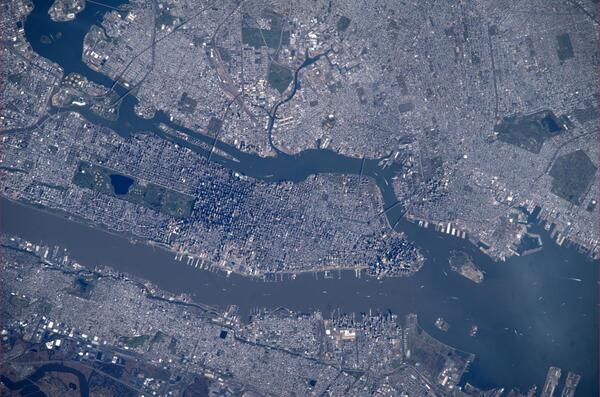 This sort of image is fairly unremarkable in these days of Google Earth, but I thought it was worth reTweeting when I saw it yesterday.

A Japanese astronaut (I’m still adjusting to there being such things) shot this picture and Tweeted it with the simple observation, “Nice pass over New York City. pic.twitter.com/cGjlgWHmDq”

Yes, it was. Very clear. It would be cooler if the resolution were higher, but still nice.

And yes, in these days when Americans no longer have a means to get into space and have to hitch rides, there are still people up there, still grooving on the view…

2 thoughts on “For you space buffs, a nice shot of Manhattan”