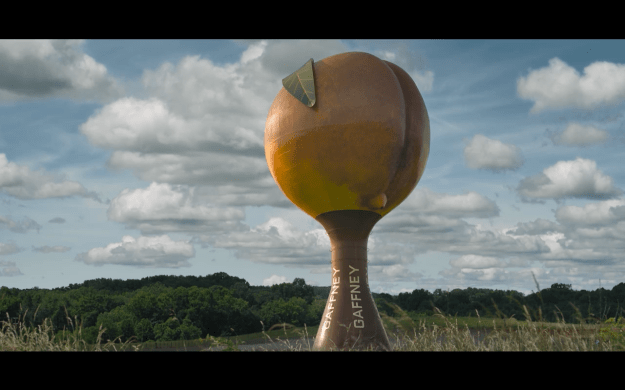 The Peachoid in better days.

Gaffney’s Peachoid — a one-million-gallon water tank and the city’s most recognizable landmark — will be temporarily repaired after chunks of paint peeled from the crevice with this winter’s fluctuating temperatures.

Gaffney Board of Public Works owns the Peachoid, which was erected in 1981 and has been repainted twice.

BPW General Manager Donnie Hardin said areas of paint — about six to 10 feet in diameter — started peeling from the Peachoid recently, mostly due to freezing and warmer temperatures through the winter.

“With extreme cold, fluctuating temperatures, it caused more damage than normal,” Hardin said. “Two areas flaked off the tank, and we’ll have those repaired in two to three weeks.”…

I just hope they’re not planning on spending local tax money for the repair. Frank Underwood should be able to score some federal funds for the purpose without breaking a sweat.

In fact, Frank wouldn’t settle for repairing a patch. He could get the whole thing redone, with real fuzz this time… 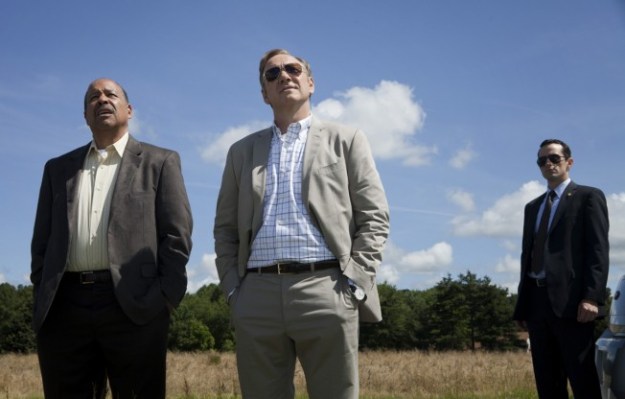