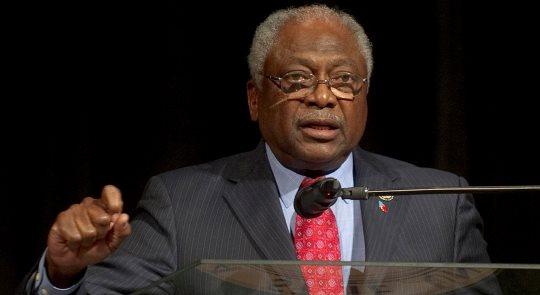 I was interested to read, in today’s excerpt of Jim Clyburn’s book in The State, the congressman’s account of his disagreement with the Clintons just before the 2008 SC presidential primary:

That charge went back to an earlier disagreement we had about Sen. Hillary Clinton’s suggesting that, while Dr. Martin Luther King Jr. had done an excellent job promoting the issues of civil and voting rights for black people, it took a sensitive president such as Lyndon Baines Johnson to have the resolution of those issues enacted into law. In a New York Times article referencing an interview Mrs. Clinton had with Fox News on Monday, Jan. 5, 2008, she was quoted as saying “Dr. King’s dream began to be realized when President Lyndon Johnson passed the Civil Rights Act of 1964.”

The article went on to say that Mrs. Clinton thought her experience should mean more to voters than uplifting words by Mr. Obama. “It took a president to get it done,” Mrs. Clinton said.

It was an argument I had heard before while growing up in the South, even from white leaders who supported civil rights reform. It took black leaders to identify problems, but it took white leaders to solve them, they said. I had accepted that argument for a long time; but in 2008 it seemed long outdated, and it was frankly disappointing to hear it from a presidential candidate. When the reporter called to ask my reaction, I did not hold back…

Actually, Clyburn is misrepresenting what Hillary Clinton had said. I don’t think he’s doing so intentionally. I believe he truly remembers it that way, in those black-and-white terms.

But then-Sen. Clinton didn’t really put it in terms of black leader vs. white leader. Basically, she put both Martin Luther King Jr. and John F. Kennedy in one category — that of the inspirational figure — and Lyndon Baines Johnson in the contrasting role of the less-inspirational leader who nevertheless follows through and gets things done.

I found her proposition intriguing at the time. She was posing the question, What do you want — inspiration or results? I wrote a column about it at the time, which ran on Jan. 20, 2008, just six days before Barack Obama won the SC primary.

Now that we’ve had several years in which to evaluate the kinds of results that Mr. Obama has produced as president, and as we look forward to a 2016 election in which the Democratic nomination is Mrs. Clinton’s for the taking, I think it’s interesting to revisit that column. So here it is:

By BRAD WARTHEN
EDITORIAL PAGE EDITOR
BARACK OBAMA and Hillary Clinton decided last week to put their spat over MLK, JFK and LBJ behind them. That’s nice for them, but the rest of us shouldn’t drop the subject so quickly.
Intentionally or not, the statement that started all the trouble points to the main difference between the two front-runners.
And that difference has nothing to do with race.
Now you’re thinking, “Only a Clueless White Guy could say that had nothing to do with race,” and you’d have a point. When it comes to judging whether a statement or an issue is about race, there is a profound and tragic cognitive divide between black and white in this country.
But hear me out. It started when the senator from New York said the following, with reference to the Rev. Martin Luther King Jr.:
“Dr. King’s dream began to be realized when President Lyndon Johnson passed the Civil Rights Act of 1964. It took a president to get it done.”
The white woman running against a black man for the Democratic Party nomination could only get herself into trouble mentioning Dr. King in anything other than laudatory terms, particularly as she headed for a state where half of the voters likely to decide her fate are black.
You have to suppose she knew that. And yet, she dug her hole even deeper by saying:
“Senator Obama used President John F. Kennedy and Dr. Martin Luther King Jr. to criticize me. Basically compared himself to two of our greatest heroes. He basically said that President Kennedy and Dr. King had made great speeches and that speeches were important. Well, no one denies that. But if all there is (is) a speech, then it doesn’t change anything.”
She wasn’t insulting black Americans — intentionally — any more than she was trying to dis Irish Catholics.
To bring what I’m saying into focus, set aside Dr. King for the moment — we’ll honor him tomorrow. The very real contrast between the two Democratic front-runners shows in the other comparison she offered.
She was saying that, given a choice between John F. Kennedy and his successor, she was more like the latter. This was stark honesty — who on Earth would cast herself that way who didn’t believe it was true? — and it was instructive.
Lyndon Baines Johnson was the Master of the Senate when he sought the Democratic nomination in 1960. If he wanted the Senate to do something, it generally happened, however many heads had to be cracked.
LBJ was not made for the television era that was dawning. With features like a hound dog (and one of the most enduring images of him remains the one in which he is holding an actual hound dog up by its ears), and a lugubrious Texas drawl, he preferred to git ’er done behind the scenes, and no one did it better.
Sen. Johnson lost the nomination to that inexperienced young pup Jack Kennedy, but brought himself to accept the No. 2 spot. After an assassin put him into the Oval Office, he managed to win election overwhelmingly in 1964, when the Republicans gave him the gift of Barry Goldwater. But Vietnam brought him down hard. He gave up even trying to get his party’s nomination in 1968.
But he was a masterful lawmaker. And he did indeed push the Civil Rights Act and Voting Rights Act into law, knowing as he did so that he was sacrificing his party’s hold on the South.
He brought into being a stunning array of social programs — Medicare, federal aid to education, urban renewal, and the War on Poverty.
So, on the one hand, not a popular guy — wouldn’t want to be him. On the other hand, President Kennedy never approached his level of achievement during his tragically short tenure.
You might say that if Sen. Obama is to be compared to President Kennedy — and he is, his call to public service enchanting young voters, and drawing the endorsement of JFK’s closest adviser, Ted Sorensen — Sen. Clinton flatters herself in a different way by invoking President Johnson.
They are different kinds of smart, offering a choice between the kid you’d want on your debating team and the one you’d want helping you do your homework.
Sen. Obama offers himself as a refreshing antidote to the vicious partisanship of the Bush and Clinton dynasties. That sounds wonderful. But Sen. Clinton has, somewhat less dramatically, formed practical coalitions with Republican colleagues to address issues of mutual concern — such as with Lindsey Graham on military health care.
Sen. Clinton, whose effort to follow up the Great Society with a comprehensive health care solution fell flat in the last decade, has yet to live up to the Johnson standard of achievement. For that matter, Sen. Obama has yet to bring Camelot back into being.
As The Washington Post’s David Broder pointed out, in their debate in Las Vegas last week, the pair offered very different concepts of the proper role of the president. Sen. Obama said it wasn’t about seeing that “the paperwork is being shuffled effectively,” but rather about setting goals, uniting people to pursue them, building public support — in other words, about inspiration.
Sen. Clinton talked about managing the bureaucracy and demanding accountability.
Sen. Obama offers a leader, while Sen. Clinton offers a manager. It would be nice to have both. But six days from now, South Carolinians will have to choose one or the other. 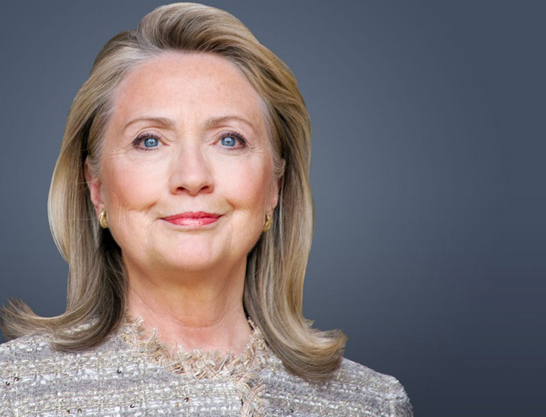 4 thoughts on “Revisiting an intriguing proposition: Hillary Clinton as LBJ (rather than MLK or JFK)”