“Butler and I got to know each other when I worked for Governor West and he was serving in the South Carolina legislature.  He was a kind man with a desire to better South Carolina and help those who called it home.  He loved this state and devoted his life to making it a better place for its citizens.  Our friendship grew when I was elected to Congress and he was serving as Chief Deputy Whip.  His leadership and dedication to South Carolina will surely be missed.

“South Carolina has lost a great statesman. Former Congressman Butler Derrick served the people of the Third Congressional District for twenty years with true distinction.  I am very appreciative of his willingness to cross the political aisle and work with the late Congressman Floyd Spence to promote new missions at the Savannah River Site.  Roxanne and I extend our heartfelt sympathies to all of the Derrick family during this difficult time.”

On the Passing of Butler Derrick

“In Washington, Butler Derrick rose through the ranks of Democratic politics to become a strong voice for his party in the U.S. House of Representatives.  Closer to home, he was known for a very caring and effective constituent service operation which put the needs of his constituents first.

“Butler was a good man and I will always be grateful for the assistance he provided to me in my transition to the U.S. House of Representatives.

“Our thoughts and prayers are with his family during this time.”

Here’s hoping Sen. Graham doesn’t get even more grief from his primary opponents for saying nice things about a Democrat. Even when he has the excuse that this was the man he succeeded in Congress. 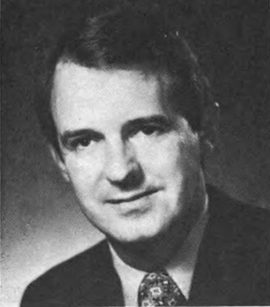 And how about Joe Wilson, expressing appreciation for Derrick’s willingness to work across the aisle — anathema to a significant portion of the GOP today.

The name “Butler Derrick” hearkens back to when Democrats and Republicans managed to disagree while dealing with each other as mature human beings. There was such a time, boys and girls…

6 thoughts on “Statements regarding the passing of Butler Derrick”