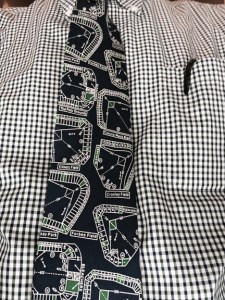 Don’t read too much into the tie.

I had overslept and dressed in a rush for the hyper-early event, and didn’t realize until I got there that I had worn my tie with the layouts of classic Major League ballparks on it. As I hastily explained to Mike Fitts when I saw him there, this should not be construed as a sign of support on my part. I’m still sort of ambivalent about this thing. I, too, think minor league baseball could be very, very good to us, but I always wanted it down by the river, so… I don’t know how I feel about this consolation prize.

Also, I don’t know what to think about Bull Street overall, and I think part of the reason for that is that I still find it hard to envision. I get what Mr. Hughes says about the specifics of what will actually be there and how it will ultimately look will develop in an “organic” manner over the next couple of decades, and will largely be driven by market forces. But that makes it hard for me, and others, to make up our minds about it. Which, I know, has been infinitely frustrating to the mayor, who believes, as he reiterated, that we have to stop “kicking the can down the road” on this unique urban fixer-upper opportunity.

Anyway, here are some things that came up that seemed of interest to me: 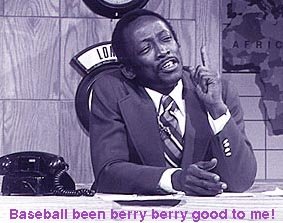 One thought on “They say baseball will be very, very good to us”