This was posted on Facebook today by Bill Connor, who was one of those running against Lindsey Graham two weeks ago.

“Rant,” by the way, is his own term, as you’ll see below. Anyway, I agree with much of what he says here: 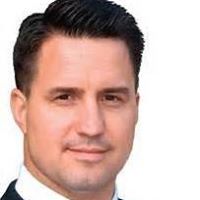 Went in to vote just after 8 am, and the precinct was empty. Only around 4 names before mine. OK, I’m not going to hold back: That part (majority!) of the electorate in South Carolina too lazy to vote should be ashamed! Darn it, voting is a right bought and paid for by the sacrifices of so many, and the envy of so many throughout the world. This is about our future, and it is so easy to both vote (took me about 15 minutes out of my schedule, though it might take a few more minutes for others). It is also so easy to research candidates and their positions beyond a few silly TV commercials and signs. I look at the candidates on the ballot in at least one race in the GOP and KNOW that many voters did not conduct any research beyond seeing signs and watching commercials. It is obvious, and it isn’t right and some candidates with incredible backgrounds/ideas are not on the ballot (and I’m not talking about my race). I’m ticked. It’s the reason money buys elections and why so many complain about the influence of money and consultants. It’s due to darn lazy voters. It’s the reason we have the current administration, despite all the failures from 2008-2012. Laziness. I’m no longer going to apologize for that part of the electorate and do back-flips about ways we should reach them. We are all in this boat together and we all have the same civic duties of voting, serving in the military, paying taxes, serving on juries, etc. If this nation’s electorate cares about this state and nation, they will start doing their duty. OK, I’m done with my rant. Back to work!