There’s no one thing that’s particularly remarkable about this web video for legislative candidate Tombo Hite of Abbeville.

But it strikes me as a good example of how different it is to be a Democrat in South Carolina.

Just want to forward you the new web ad for Tombo Hite, our House candidate in District 11 (Abbeville, Anderson). This guy is a rock star and has all the potential of any candidate I’ve seen in years. Keep your eye on him.

This district was held by a Democrat (Paul Agnew) until 2012 when a Democrat and a Democratic petition candidate split the votes and elected a republican, Craig Gagnon.

Yet, although according to that we should assume this is fairly safe territory for a Democrat, I’ve listened to this video twice, and if he mentioned being a Democrat, I missed it. (This is possible, because I was doing other stuff as I listened. But I know for sure he didn’t stress it.)

Then, there’s the fact that the first thing he wants you to know about him, policywise, is that he’s a fiscal conservative. Although he expresses that with a slight difference from Republicans. You have to listen carefully for it.

He says he wants to “get government out of the way and to keep our taxes low.” A Republican would want to lower taxes. Tombo is subtly telling you that our taxes are already low — which they are — and that he’s just going to keep them that way. (And indeed, I find his promise to fight a gas tax increase — an essential step to addressing our infrastructure problems — disturbing.)

After that, he sounds like a fairly typical Dem, SC-style. He wants to raise teacher salaries and revamp DSS.

And fight partisanship. So, good for him there. (Of course, if you’re a Democrat, you have extra motivation to want the General Assembly to be less partisan, so that maybe the majority will listen to you occasionally — not something that happens a lot in the House.)

Anyway, nothing dramatic here. I just thought I’d point those things out, for anyone unfamiliar with South Carolina Democrats and how they differ from the national variety. 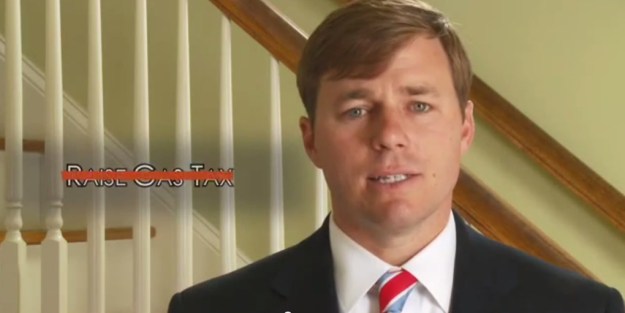