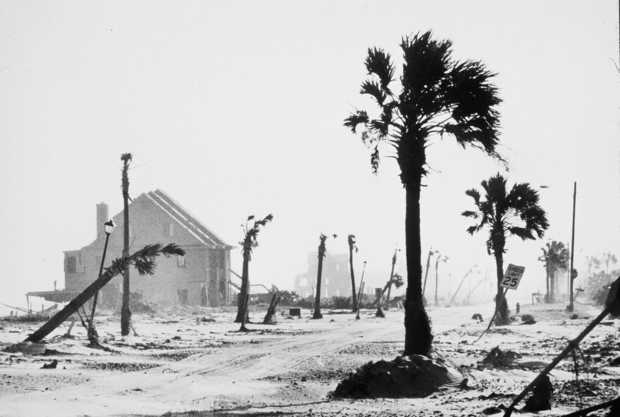 That is to say, a second act of God, less than four weeks after the first.

You may have read in the paper that those of us who were on the newsroom staff that nearly won the Pulitzer for our coverage of Hurricane Hugo in 1989 are being honored with a reception at The State today.

We should have won it. We did a bang-up job in those days and weeks before and after the landfall on Sept. 21, not only covering every possible angle of the damage and its impact across the state, but providing lots of “news you can use,” telling people where and how to get help or give it, updated daily.

It was a heady time, characterized by strong teamwork. A couple of my fellow editors got to go down to the ravaged coast with the reporters and photographers, and I was envious of them. I was stuck at the office, helping supervise and coordinate coverage and get it into the paper.

But then, on Oct. 17, the second act of God — or the fickle finger of fate, if you prefer — struck. A 6.9-magnitude earthquake hit San Francisco during the World Series. The fact that it was the first earthquake captured live on television — because of the Series — riveted national attention on that disaster in an unprecedented manner. The San Jose Mercury News, our Knight Ridder sister paper, also did a bang-up job. Remember the quake beginning as my wife’s cousin Tim McCarver was narrating highlights from the previous game? Remember the images of the pancaked overpass? Yeah, everybody else did, too. They got the Pulitzer for General News Reporting, leaving us as one of the two finalists.

Since then, The State has only come close to a Pulitzer twice. Both times, the finalist was Robert Ariail, during the years that I was his editor. So I was close to the situation all three times that The State was close to a Pulitzer. But that one in 1989 was particularly bittersweet, because it would have been a win for all of us, Robert included. We wanted to win for The State as an institution, and for Tom McLean, as that was his last year as executive editor.

We didn’t make it, but we went down swinging. And we remember what we did together fondly. Not that we’re ghouls, fondly recalling a disaster. It’s the camaraderie, the Band of Brothers aspect that generates the positive feeling.

Here’s the list of people being credited with that finalist showing:

I wonder how many of us will be there this afternoon… 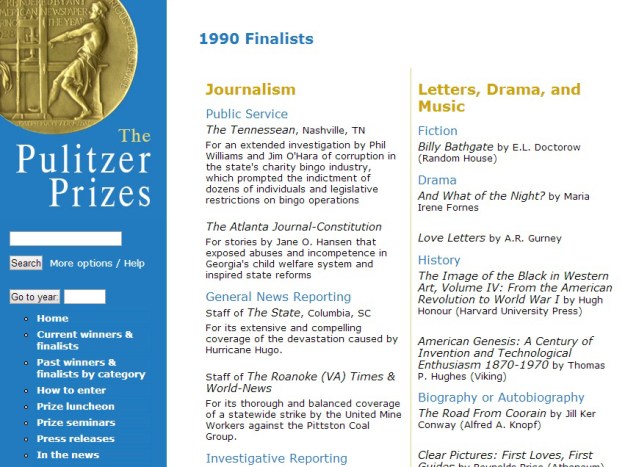