For those of you following this ongoing story, Ben Hoover posted this on Facebook last night:

Here’s what I want you to know.

Right now, I don’t have a new job and I need to make sure future employers and my community know why I was led to believe that my place at WIS was secure.

I’ve worked in TV 15 years. I understand and accept that stations have the right to not renew contracts. Especially in situations when ratings might be down or the employee did something wrong, or both sides couldn’t reach a salary agreement. None of those issues applied to me. In fact when I asked why my contract wasn’t being renewed station management assured me I had “done nothing wrong.” 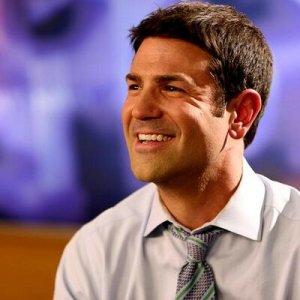 Please allow me to explain what I meant when I said that I was caught off guard. News management had recently slated me to do a follow up to “Hope in Hard Times” this coming November, after my current contract would have expired. They also planned to have a co-anchor with me in the field at Oliver Gospel Mission. The week before I learned my contract would not be renewed I taped station promotions that historically have run for several months. We were far along in the search for a new house. My children were enrolled in school for the fall. That’s why I walked in with a folder with long-term contract options for management to consider. But, I never had the opportunity to open that folder. There were no negotiations. It was made clear that management did not wish to renew early on in that discussion and that I had “done nothing wrong.”

My first contract with WIS was 5 years. My latest contract was one year in length. In both cases, both sides had to agree to terms. Some anchors choose longer contracts. Some choose for even shorter than one year. It’s a personal decision. Never was I told that a one year contract would pave the way for my exit. In fact, we agreed to come back together and discuss longer term options. If I entertained potential advancement within the company, never did management indicate or communicate that it would mean I would not be renewed. I have documented on multiple occasions my happiness with my co-anchors at WIS and my openness to calling Columbia my forever home. And, never in discussions did they indicate that my future at WIS was not an option. In fact, I got a very different response.

I truly appreciate the support from the community. It helps tremendously to keep me going in this short amount of time I have to find a new job. So, from where I sit today, I cannot afford to let vague comments, including those by others outside of the situation and not privy to the details, leave an impression that what happened was something that I did or it was just a parting of ways. That’s simply not true.

My announcement last Thursday was in line with how I was trained, my high standards of journalism, and with what’s been a big part of my career – doing the right thing. Viewers don’t deserve to be caught off guard or wonder for weeks where someone they’ve seen for 6 years has gone. And, nobody deserves to get half of the truth. I’ve always put the viewer first. That’s what I will continue to do. And, it is possible to do that while still being a loyal employee.

I don’t know where my next job will take my family and me. I’ve been put in a position to consider anything and everything. Right now, Columbia is home. And, in order to move on both professionally and personally I needed to fill in some blanks so that there would not be any questions that could negatively impact my family or my pursuit to find another job.