This just isn’t Kirkman Finlay‘s week. First he gets bitten by a snake, now the CVSC backs his opponent:

COLUMBIA, S.C. (July 3, 2014) – The Board of Directors of Conservation Voters of South Carolina (CVSC) has announced the endorsement of Joe McCulloch for election to House District 75. 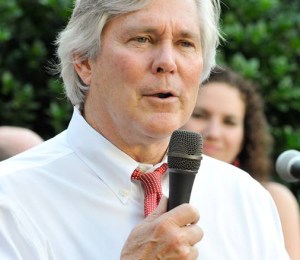 “We were delighted to learn of Joe McCulloch’s decision to run again for elected office. We know he will stand up to polluters and protect South Carolina from the special interests who would turn our state into a dumping ground,” said Ann Timberlake, Executive Director of CVSC.

“I am honored to accept the endorsement of CVSC. They have been an outspoken and effective leader in holding elected officials accountable for their votes on conservation issues,” McCulloch said. “I will continue to be a strong advocate for the protection of our state’s s natural resources. I am proud to stand with CVSC.”

McCulloch will challenge incumbent Kirkman Finlay in a rematch of their 2012 race which was decided by just 308 votes.

Conservation Voters of South Carolina is coming off a primary election season which saw all 13 of its endorsed candidates earn victories.

About Conservation Voters of South Carolina

It will be interesting to see how the CVSC’s won-lost record holds up through the general election. If this is part of a pattern of endorsing Democrats, that 13-0 record seems unlikely to hold up in the fall.

21 thoughts on “First the snakebite, now this: CVSC endorses McCulloch”