Well, we know that Nikki Haley wants to fix SC roads, but doesn’t want to say how she’d pay for it — at least, not until after the election.

Vincent Sheheen at least says he’d issue bonds for pay for part of our infrastructure needs. Beyond that, he’s vague. From his website:

South Carolina is too dependent on the “gas tax” and needs to diversify how it pays for roads and bridges. In addition to the $1 billion Vincent helped secure for road reconstruction in 2013, he believes we should continue using South Carolina’s bonding authority to make long-term infrastructure investments, dedicate more General Fund revenue from surpluses to roads, and look at new revenue sources to help make our roads safe again. All options must be on the table for discussion.

What I’d like to see from Sheheen an elaboration on what he means when he says SC is “too dependent on the ‘gas tax’,” and therefore must go on some grail-like quest for mysterious “new revenue sources.” I suspect what he means is that SC is simply unwilling, politically, to raise our extremely low gas tax. He certainly can’t mean that he thinks it’s too high.

Meanwhile, independent candidate Tom Ervin takes the governor to task for not saying how she’d pay for roads, and then declines to say how he would do it:

Governor Haley’s “secret plan” to fund improvements for our roads and bridges is nothing more than a “secret tax increase” and another blatant example of her lack of transparency and accountability. 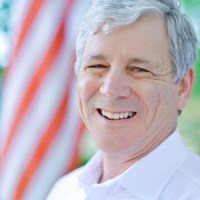 Call Governor Haley now at (803) 734-2100 and demand that she disclose the details of her secret funding plan.  When Nikki Haley hides the ball on funding, that’s her political speak for taxpayer’s having to foot the bill.  Haley’s secret plan shouldn’t surprise anyone.  It’s Haley’s lack of leadership that has forced a county-by-county sales tax increase to make up for her failed leadership.  This has resulted in a back door sales tax increase on top of her “secret plan” to raise taxes next year.

And I’m shocked about Governor Haley’s stated approach.  We are a legislative state.  For Haley to say she will “show the General Assembly how to do it” confirms just how irresponsible Haley’s approach is to our serious infrastructure needs.

If South Carolinians want to maintain or roads and bridges and invest in our infrastructure, it’s going to require a change in leadership.  When I am governor, I will work with our elected representatives to build a consensus for long term funding for our crumbling roads and bridges. And I’ll be honest with you up front that all suggested solutions are on the table for debate.  The legislative process is a deliberative process.  We already have a dictator in Washington, D.C.  We don’t need another one in Columbia.

Tell, me — in what way is the governor’s promise to come out with something after the election different, practically speaking, from “When I am governor, I will work with our elected representatives to build a consensus for long term funding?” Yeah, I get that he’s saying he’d respect lawmakers more than the incumbent does. But beyond that, he’s doing the same thing she is — declining to say what he would propose until after the election.

Are we supposed to read “And I’ll be honest with you up front that all suggested solutions are on the table for debate” as some sort of code that the one responsible plan, raising the gas tax, will be part of his plan? Maybe. But why not come out and say it? It’s not like he’d be endangering his chance of getting elected, because that chance does not exist. (When one is tilting at windmills, why not go for broke and propose the right thing, rather than being cagey?)

So, having surveyed the field, one thing I must say in Todd Rutherford’s behalf is that at least he’s proposing something, even though it’s a really bad idea.

5 thoughts on “Tom Ervin won’t say how HE’D pay for roads, either”