This came in today from the SC House Democratic Caucus:

Rutherford to propose legislation allowing casinos in Myrtle Beach to fix roads
Columbia, SC – House Democratic Leader Todd Rutherford announced today that he plans to introduce legislation next year to allow well-regulated, upscale casinos in the Myrtle Beach area and use the new tax revenue to fix South Carolina’s ailing roads and bridges. On the June 10th primary ballot, 80% of Democratic voters supported the idea of modernizing our state’s gaming laws to fund road repairs instead of raising taxes. Rutherford said Governor Nikki Haley is being disingenuous by promising to tackle our roads without proposing a funding strategy. 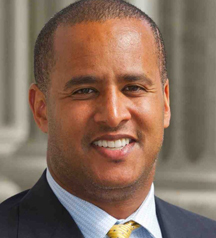 “Governor Haley doesn’t have a plan to fix our roads. She’s against everything and for nothing. That kind of stubbornness won’t fill our potholes, widen I-26, or create I-73. It’s time to get serious about how we’re going to pay for these repairs and Governor Haley’s mystical “money tree” is not a serious plan.
Allowing well regulated, upscale casinos in the Myrtle Beach area would create a new annual multi-billion dollar revenue stream that will allow us to fix our state’s crumbling roads, create thousands of good jobs, and keep taxes low. House Democrats will continue to push for innovative solutions to the problems Governor Haley and her Tea Party allies have created and now refuse to address.”
Rutherford says voters are taxed enough already and this proposal provides an alternative to a gas tax increase, which has no chance of passing the legislature.
“The people support this. Businesses support this. Many Republicans in the legislature are open to casinos. Anyone who loves individual freedom, personal liberty, and lower taxes should get behind this issue 110%.”
Rutherford also challenged those who may oppose casinos in Myrtle Beach to offer up an alternative plan that accomplishes the goal of repairing our roads.
“For those who oppose this idea, I challenge you to come up with another way to fund our road repairs without raising taxes. It’s time for fresh ideas and Governor Haley continues to offer up nothing but rhetoric and policies that are as broken as our roads.”
####

Folks, you really need to stop straining so hard for ways to fund road construction and maintenance in SC. We have a way — the gasoline tax. It hasn’t been raised in ages, and absurdly, it’s set as a per-gallon amount, instead of being set as a percentage, the way a sales tax would be.

It’s a pretty straightforward way of taxing those who are using the roads — both residents and out-of-staters. It makes sense, and it’s currently artificially low.

So stop straining to find an alternative. The answer is right in front of you.