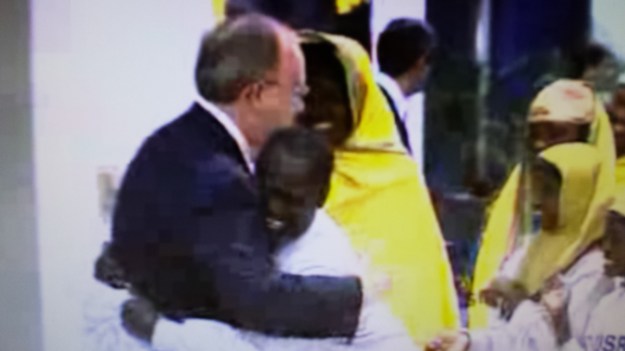 This morning, I ran into a friend while waiting for an elevator, and he, trying to raise his small-talk game above the talking-about-the-weather level, asked me one of my least-favorite polite questions:

Do you miss working at the newspaper?

He meant well. So, I believe, have most of the people who have asked me that question over the past five years. But I do have to wonder sometimes at the thought process that leads them to think that’s a polite question.

Think about it. It could elicit a response of:

So I generally just say something in-between. Such as, “I’ll tell you one thing I miss about it,” etc. I then mention some routine thing that is different about life on the outside, something that’s not particularly overburdened with emotional freight.

For instance, the other day, when I was reminded of former Mayor Bob Coble literally embracing the head of the first Bantu family to arrive in Columbia, was a day when I missed one thing in particular: Having access to The State‘s photo archives. As I mentioned here, I searched the web and came up dry. That wouldn’t have happened when I was at the paper.

So that’s one thing I miss.

Fortunately, a couple of folks came to my rescue on that one point. WIS veteran Jack Kuenzie sent me the image above, with the message:

Resolution is not great because I had to snag it off a computer screen. I seem to recall that photo being on the front page. Bob had it framed in his office.

Then, Bob’s son Daniel Coble sent me an image of the very picture I had been thinking of, which you see below. Daniel wrote:

Brad, I saw you posted about the immigrant children the other day and mentioned the Bantus. Here’s the picture of them together. Sorry I don’t have the article to go with it

So thanks, Jack Daniel! I mean, thanks Jack, and thanks, Daniel! 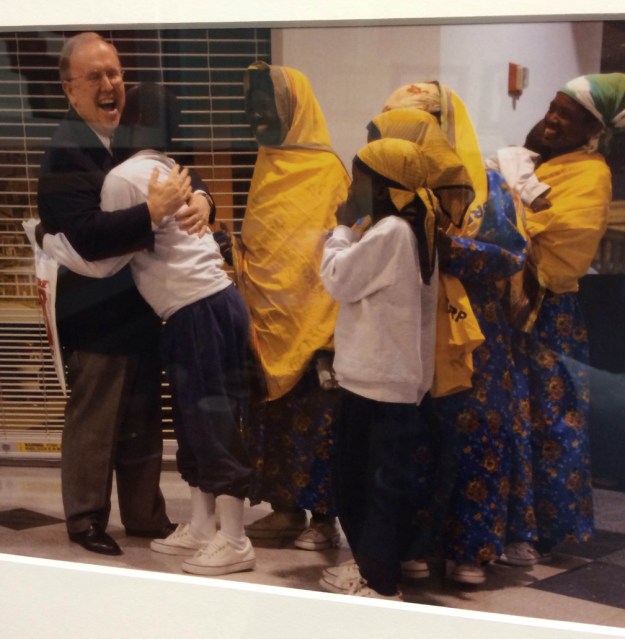 3 thoughts on “Images of Bob Coble welcoming the Somali Bantu”