Just got this release from Vincent Sheheen’s campaign: 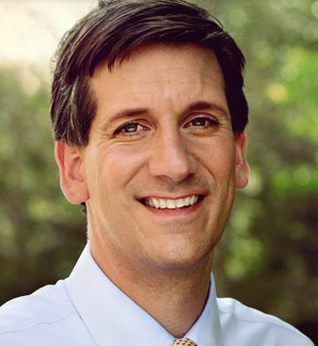 Camden, SC – Today, Sen. Vincent Sheheen called for open gubernatorial debates in the Grand Strand/Pee Dee, Midlands, Rock Hill, and Aiken areas after working with the Myrtle Beach Area Chamber of Commerce to resolve their debate scheduling conflicts with the Charleston Post & Courier.
“Honest leadership means looking people in the eye and telling them what you’d do as governor — I can’t think of a more appropriate way to accomplish that than by debating in every region in the state,” said Sen. Vincent Sheheen. “The people of South Carolina deserve the opportunity to hear directly from their candidates for governor, there are plenty of days left until the election do the right thing. I urge my opponents to immediately agree to at least three more debates to cover all regions of the state.”
Last week, The Post and Courier announced their intention to hold a debate in Greenville on October 21st, a date previously requested by the Myrtle Beach Area Chamber of Commerce and several of their local media partners. After conversations with the campaign, the Myrtle Beach Area Chamber of Commerce has stated their willingness to find an alternative date for their proposed debate, and as such, Sen. Sheheen confirmed his participation in the Post and Courier/WLOS-TV/WMYA-TV debate in Greenville on October 21st.
“The Myrtle Beach Area Chamber of Commerce is committed to holding an open forum for honest debate between all the candidates about how to build a stronger state economy,” said Brad Dean, President and CEO of the Myrtle Beach Area Chamber of Commerce. “We are willing to accommodate schedules, because voters deserve to hear directly from those who are running for the state’s highest office.”
Sen. Sheheen also urged all the other gubernatorial candidates to participate in at least four other debates – in Myrtle Beach, the Midlands, Rock Hill, and Aiken – to ensure that South Carolinians in all parts of the state have the opportunity to see and hear their gubernatorial candidates.
###

Yes, I know the Sheheen campaign needs a shot in the arm, but I’m not sure more debates give him that boost.

There’s one area in which Nikki Haley just walks all over Vincent Sheheen — public speaking. She almost always makes a good impression when standing before a group — while Sheheen underwhelms, and when he tries to ramp up his presence (which he’s been doing lately), it looks like he’s trying. She connects well with an audience. I’m not sure I’d want to give her more such opportunities, were I Vincent.

Maybe he doesn’t realize how much better she comes across, or how diffident and offhand he seems. or maybe he’s just willing to try anything at this point.

Frankly, I’ve always sort of doubted the value of debates, especially given how much emphasis we tend to place on them. Should a potential governor, or president, or legislator be judged on stage presence, like a beauty pageant contestant?

I’ve had extensive exposure over the years to both of these candidates, and I have no doubt that between the two, Sheheen is the policy heavyweight, not only in theory, but in terms of getting things done. As for the theory, here you can find video proof of his depth of understanding of issues. But while he’s the heavyweight, that’s also the way he comes across in front of a group — as heavy.

Whereas Nikki tends to dazzle. Until you stop and really analyze what she’s saying, and compare it to the reality that you know — assuming you know it, which is expecting a lot.

10 thoughts on “If I were Sheheen, I’m not sure I’d WANT more debates”