I see that Ricky Gervais has been castigated for Tweeting the following: 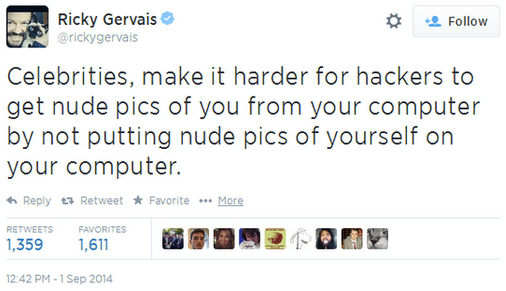 Now there‘s an assertion that should hold a permanent and honored place in the annals of “duh.” How could anyone question it, much less object?

And yet he’s being pilloried for… wait for it… “blaming the victim.” Which is possibly the most preposterous thing I’ve heard today…