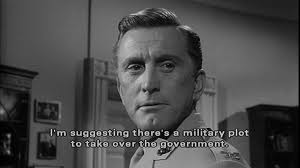 On Nov. 4, South Carolina voters have the chance to put an end to an embarrassing anomaly — we have the power to cease to be the only state in the union that elects its adjutant general, the leader of the state’s National Guard.

The reasons why it’s a horrible idea to have a popularly elected general are many; Cindi Scoppe goes over some of them in her column today. It’s something I’ve never had to think about very hard, because when I was a kid, I lived in a place where it was accepted that that military officers got mixed up in politics.

In fact, it was far from an abstraction to me. We lived in the upstairs of a large house that was owned by a captain in the Ecuadorean Navy. One day, the captain asked if he could borrow our part of the duplex. My parents went out, and my brothers and I went downstairs to stay in the captain’s part of the house, while the captain and an Ecuadorean admiral met upstairs in our home. The next day, the president of the country had been put on a plane to Panama, the admiral was the head of the new military junta running the country, and our landlord was the minister of agriculture.

Actually, given what a disaster el presidente had been, Ecuador was no worse off. But in a country such as hours, with it’s deeply treasured culture of constitutional government and subservience of the military to legal authority, such a development would be catastrophic. Fortunately in our national history, such events have remained the stuff of political fiction such as “Seven Days in May.”

Except in South Carolina, where we require our top general to be a politician first (and really don’t even require him to have any military background at all).

Fortunately, our current adjutant general, Bob Livingston, is a well-qualified officer who also understands that we need to do away with this anomaly. That’s a very good thing, since his predecessors resisted reform, and the Guard followed their lead, and the electorate followed the Guard.

But now we have the opportunity to change the situation. We also have two people running for governor — the incumbent, Nikki Haley, and Sen. Vincent Sheheen — who are both known for advocating this reform (as well as doing away with other unnecessarily elected constitutional officers). In her column today, Cindi put forth a great idea:

Most of all, we need to hear from the most visible advocates of empowering governors to act like governors: Gov. Nikki Haley and Sen. Vincent Sheheen. This is a signature issue for both of them. It’s not too much to ask them to set aside their bickering for long enough to make a joint appearance — or to cut a TV ad together — asking voters to vote yes for the military meritocracy.

If they’re not willing to put some skin in the game, they’ll have no one but themselves to blame if we keep electing the adjutant general — and all of those other constitutional officers who ought to be appointed.

That would be wonderful on so many levels — including the first level, which is that it would make this long-awaited reform all that much more likely to occure.

2 thoughts on “Haley, Sheheen SHOULD join together to call for a ‘yes’ vote on adjutant general reform”