The state Democratic Party has been sending out a steady stream of bad SC jobs news as a way of undercutting Nikki Haley’s big strength — the narrative that, whatever else you think of her, she’s done a good job of recruiting jobs for the state.

I’ve been inclined to ignore these, because, let’s face it — companies are always going as well as coming, or shrinking as well as growing, and you can’t disprove a trend with anecdotal evidence.

Also, you have to wonder how seriously the party takes these bad-news announcements, since on the “Haley’s Smoke and Mirrors” website, they accompany each one with a cutesy GIF, like the one above. As a guy who’s spent a good bit of time unemployed after being laid off, I find myself wondering what’s so funny about these situations. Even if the overall trend in SC is good, each of these items is very bad news for some individual South Carolinians.

But in the last few days, the sheer volume of these news items has worn away my doubts to the point that I’m wondering whether this is an unusually bad streak of developments.

I don’t know. But you can peruse them at the website. And here are the headlines of the last 11 such releases I’ve received, over just the second half of this month:

OK, one of those is out of place — Jobless rate now highest in state — since some part of the state will always be the highest in the state, regardless of how good things are. But the other 10 provide a fairly steady drumbeat of actual bad news.

Now, here’s a HUGE grain of salt: These were not real-time announcements. They were from over a much-longer period of time than the dates of the releases would indicate. Some weren’t even from this year. So consider that.

By the way, did you make the connection on that first one? That’s the gun manufacturer that caused our governor’s eyes to light up so… 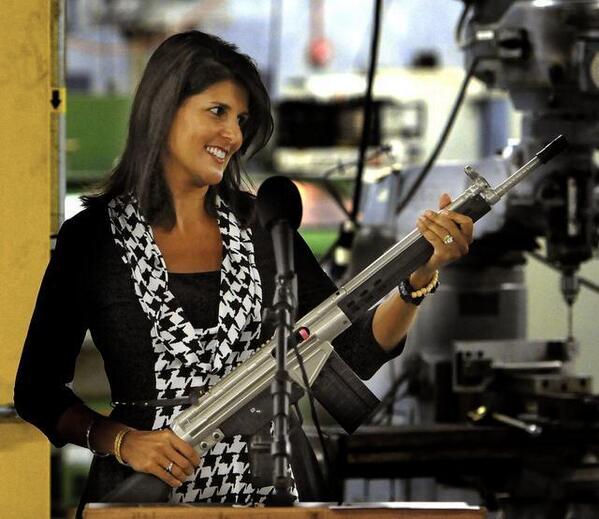