Former S.C. House Speaker Bobby Harrell’s name will appear on ballots in his district on Election Day, but he cannot win. 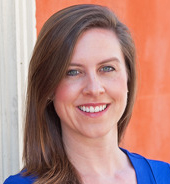 “The election for House 114 will go forward on Nov. 4,” said S.C. Election Commission spokesman Chris Whitmire in a statement. “While Mr. Harrell’s name will appear on the ballot, he is no longer eligible to win the election.”

The Republican resigned his Charleston seat and withdrew from the election as part of his guilty plea last week on charges of spending campaign money for personal use.

The county voter registration and elections offices will place prominent notices in all polling places to inform voters that Harrell is no longer a candidate, Whitmire said.

I say “might” because, well, this is South Carolina and that’s a Republican seat. (And if you’re so naive as to believe there’s no such thing as “a Republican seat,” you need to pay closer attention the next time the GOP is redrawing district lines.)

And… the GOP still might run a write-in candidate. Also, there is another candidate, other than the Democrat.

But at least Democrats have this moment to savor…

One thought on “No special election for Harrell’s seat”