Apparently riffing on a release sent out by the SC Democratic Party, Will Folks writes:

Is it a “great day in South Carolina?”

Not if you live in Cheraw or Bennettsville, S.C.  These two rural towns are reeling after a recent announcement from Bi-Lo – a regional grocery store chain that operates roughly 200 supermarkets in Georgia, North Carolina, South Carolina and Tennessee.

According to reporter Mary Edwards of WMBF TV (NBC – Myrtle Beach/ Florence, S.C.), Bi-Lo is shutting down stores in Cheraw and Bennettsville – a move that will leave 130 employees out of work.

The job losses are coming sooner rather than later, too, with the store’s regional public relations manager telling Edwards the stores will be closing prior to November 19 of this year. 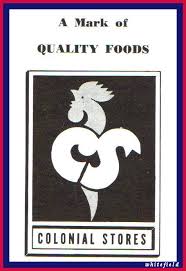 As a native of Bennettsville, I can remember when it had a thriving retail environment, with a bustling Main Street and several supermarkets in the downtown area — Winn-Dixie, Colonial (anybody remember Colonial Stores?), an A&P, and later, a Harris Teeter.

Not so much anymore. I haven’t counted the grocery stores lately, but it’s been awhile since downtown has been what it was.

But the view can still look pretty good from Columbia, as Commerce Secretary Bobby Hitt writes today in The State — and he has plenty of facts on his side:

By any measure, South Carolina is on a roll. Over the past four years, we have been making major gains — gains that are bringing economic stability and opportunity to communities across the state. 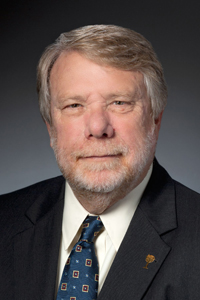 We’ve celebrated big recruitment wins, including announcements by the world’s top automotive and aerospace companies, boosted opportunities for small businesses and created an environment that encourages existing industry to continue expanding in our state.

The facts are clear: Trend lines show unemployment on the decline while the number of South Carolinians working has risen to historic highs. Our economy is humming, and companies around the world are choosing South Carolina as a place where they can succeed….

That team approach starts at the top, with Gov. Nikki Haley personally invested and fully integrated in what we’re doing, meeting and speaking with prospects or our existing companies. As the CEO of the state, she understands the importance of customer service and a personal touch. In fact, one thing we hear from clients all over the world is that she readily gives them her cell phone number and says to call her with any issues….

So which is it? Is our economy in the dumps, or thriving?

7 thoughts on “So which is it? Is SC economy in the tank, or doing great?”