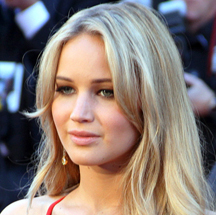 Google has removed two links to a site hosting stolen nude photos of Jennifer Lawrence after requests by the actor’s lawyers.

The takedown requests were filed under the digital millennium copyright act (DMCA), with her lawyers Mitchell Silberberg & Knupp stating that the stolen photos impinged on Lawrence’s copyright….

… reminds me of this new category of Web content that I have gradually become aware of recently.

The Internet grants us access to almost anything that can be digitized. This is both a wonderful blessing and a terrible affliction. Once, I just had to avoid the dictionary to stay on task — if I looked up one word, I’d get sidetracked by fascination, as I’d inadvertently run into one interesting word that led to another that led to another.

Now, I never wonder about anything. No matter what I’m going at the time, if the thought begins to form, “I wonder…,” I stop and look it up — which in turn is likely to lead to link after link, because scratching that itch releases something in my brain, something related to what makes addicts act the way they do… hang on… dopamine. Dang, I could have sworn it was “endorphins,” but it turns out it’s dopamine. “Endorphins” would have given me an excuse to link to that clip in which Annette Bening says, in such a sexy way, that she digs “the endolphin rush.” Which, it turns out, is not that easy to find…

See what I mean?

But there are some things I won’t look at on the Web. There’s been a rash of them lately. They include:

What do you pointedly avoid online?