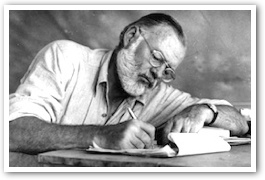 For my entire career, whenever I look back at what I wrote a year or two in the past, I think, “Why don’t I write like that anymore?”

This is, I hope, a twist on the “grass is always greener” phenomenon. Either that, or my powers as a writer have been declining for four decades, which means that by this time, I should be incapable of putting a noun and a verb together in an intelligible order.

Anyway, I had that experience again today. I accidentally ran across this post from four years ago, in which I had a little fun mocking the way Republicans talk in South Carolina:

That was prompted, of course, by my being fed up at hearing Republicans who are unable to complete a sentence without using the word “conservative” at least once, and preferably multiple times. In case, you know, you missed it the first time. It is mind-numbingly monotonous, and I needed a little comic relief. I thought we all did.

That got me sufficiently charged up that I turned and made fun of Democrats, saying that just once, I’d like to hear a candidate for office in South Carolina say the following:

Actually, I’m a liberal. A liberal all the way. I drive a Prius, I love wine and cheese parties with the faculty, I think America is a big bully in the world and no wonder people hate us (I’d be a terrorist, too, if I didn’t abhor violence so), and I never saw an abortion I didn’t like. My spouse and I have an open marriage, so scandal can’t touch us, because to each his or her own. I’m a white, male heterosexual and the guilt just eats me alive; I wish I belonged to a group that was more GENUINE, you know? The first thing I’d do if elected is raise taxes through the roof, and spend every penny on public education, except for a portion set aside for re-education camps for people who now home-school their kids. Then, if we needed more money for excessive regulation of business and other essential government services, we’d raise taxes again, but only on the rich, which is defined as YOU or anybody who makes more than you. Probably the best word to describe my overall tax plan would be “confiscatory.” And my spending (OH, my spending! You’ve never seen spending until you see my spending!) would best be termed “redistributive.” If elected, my inaugural party will have music by the Dixie Chicks and the Indigo Girls, and then we’ll all bow down to a gigantic image of Barack (did you know it means “blessed”?) Obama, the savior of us all, and chant in some language other than the ultimate oppressor language, English. French, perhaps. Or Kiswahili….

I had fun reading that. Why don’t I write like that anymore?…

3 thoughts on “Why don’t I write like that any more?”