Here’s the latest escalation from Rep. Mia McLeod, who really seems to be going around the bend on this thing:

Okay, Ms. Click, so you write front-page fabrications about race in Richland Two on Sunday and then again on Tuesday and Wednesday of the same week? Guess The State must be hard-pressed for real news…and real journalists.

Race wasn’t an issue in Richland Two until you and your White Citizens Council (WCC) buddies made it one. 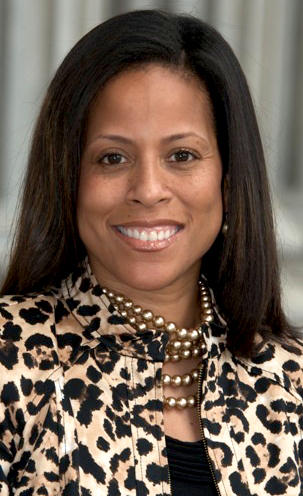 The illusion of racial tension and animosity you guys have created continues to reveal your true colors. In fact, the same WCC spokesperson quoted in Sunday’s story, had this to add today,

Funny thing is…”these people” kinda reminds me of “those people” and “you people.”

Clearly these are “your people,” Ms. Click, since you’re working overtime to help disseminate and lend credibility to their racist chatter.

Thankfully, somebody at The State had the good sense (not you, of course) to remove his racist rant from “the story” you originally posted online last night, as well as the printed version today.

More proof that “control”—not race, is the real issue. “If they get it,” means we’ve never had it. Guess that’s what scares y’all so much.

And you so desperately want the few readers you do have, to believe that I’m Amelia McKie’s biggest supporter. Guess that’s why you’ve conveniently omitted thousands of dollars in contributions and a diverse cross-section of her contributors from your “story.”

Too bad that while you’re working hard to undermine and discredit Mrs. McKie, the front-runner in this school board race, you’ve actually disclosed even more “evidence” of the collaboration between the current Administration and the WCC.

Obviously, the campaign contributions of current R2 Administrators to some of the WCC’s “chosen four” is evidence of collaboration and conflict—not to mention, impropriety. But I’m sure that’s well above your pay grade, Ms. Click, since The State must not require you to check the rules or the facts before you print your fabrications.

And for what it’s worth, I didn’t compare Debbie Hamm to Lillian McBride in my blog. I simply referenced incompetence as their common denominator.

Even my Senator chimed in to “reaffirm” his support for Debbie Hamm. But, this isn’t about her. Or is it?

Anyone who thinks she’s “building morale” in R2, is out of touch with everybody but the DO. For her loyal supporters, friendship trumps everything.

What a sobering reality check for the rest of us in Richland Two.

Let’s channel our energy and efforts towards a true commitment to excellence in education, for the benefit of all Richland Two students.

For those who are afraid of losing it, it’s clearly about control. For the rest of us, it’s truly about moving our students, communities and District forward, in a better direction.

It’s time to silence the rhetoric, the rancor and the manufactured issues of race. Next Tuesday, November 4, I’m counting on voters to do just that.

Maybe then, Ms. Click, you can focus your attention on real news, for a change.

Speaking as a 35-year newspaper veteran, I can tell you with authority that this is real news, and Carolyn Click is a real journalist. A good one. I’ve known her for a couple of decades, and I think this is the first time I’ve heard anyone call her professionalism into question.

And you can quote that….