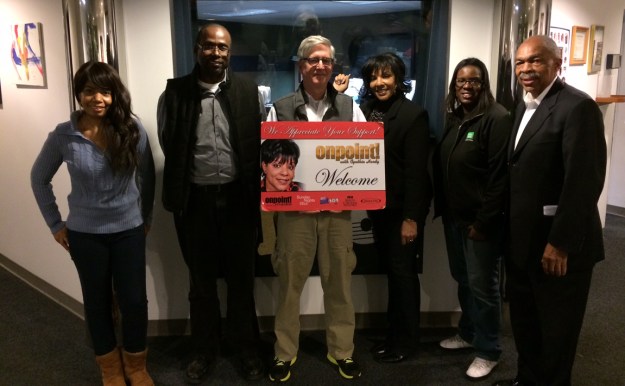 A couple of things we talked about last night on Cynthia Hardy’s radio show (there I am with host, crew and fellow guests above) stuck with me.

One was all the talk about voter turnout. I joined in with the others in urging people to get out and vote — I even threw in the cliche about “If you don’t vote, don’t come crying to me about what happens after” — but I also shared my personal doubt about get-out-the-vote efforts. Basically, if you have to be reminded, cajoled, begged and prodded, I’m not at all sure I want you voting. I’d rather have elections decided by people who care enough that they would never consider not voting.

Then, I was struck by all the talk about early voting. Not “early voting” technically, but “absentee” voting — which is engaged in more and more by people who won’t actually be absent. My fellow guest Jim Felder kept urging folks to get out and vote today rather than wait until Tuesday, in case the weather is bad on actual Election Day. Various anecdotes about busloads of folks voting early were shared.

So I thought I’d ask: Did you vote early? If so, why? And how did it go? And anything else you’d like to share.

I know that Doug, at least, voted on Friday, because he texted me about it, saying it was very busy at the Parklane location. Perhaps he’d like to share some more about that.