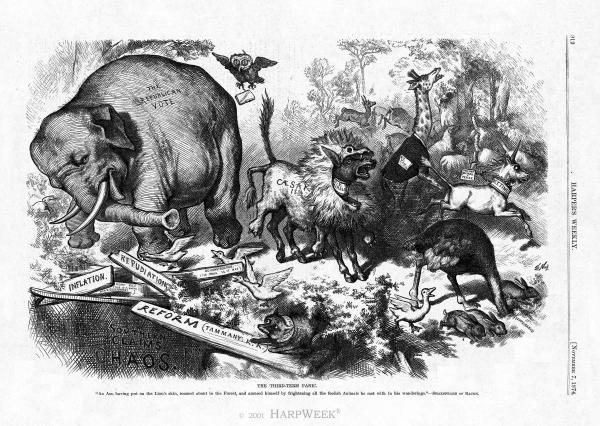 On this day in 1874, in a Thomas Nast cartoon, the Republican Party was symbolized as an elephant for the first time

You know, that’s gotta be a bitter pill for some in the GOP to swallow — their symbol was given them by a hero of the MSM.

I must remember to mention this to Robert Ariail, who has a special bond to Nast — he was judged best cartoonist in the world in 1997 by the Overseas Press Club, which gave him their prestigious Thomas Nast Award.