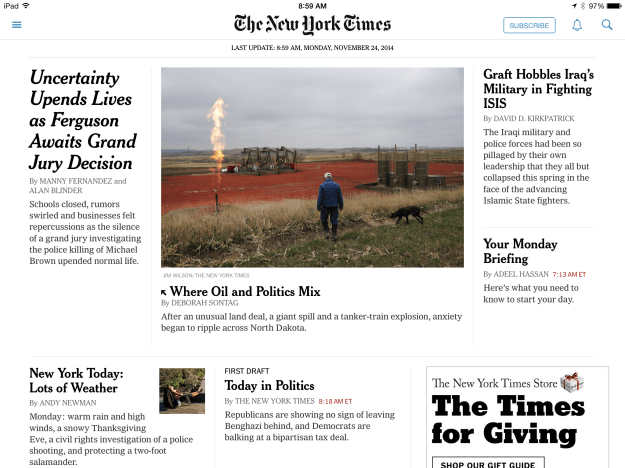 I was thinking this morning that, while all Monday-morning papers tend to be light on news, today was a particularly slow one.

I thought that because both The New York Times and The Washington Post were leading their iPad apps with a story that hadn’t happened yet. Which, in the strict definition of What Constitutes A Lede that I was taught, is something you don’t do. News is, at the least, something that has happened. Advancer stories have their value, but they don’t lead the paper, in the normal course of things.

Anyway, I share that as a way of having a post already up and ready in case y’all would like to comment when the Ferguson grand jury does report, which I see it is expected to do at 8 p.m.… 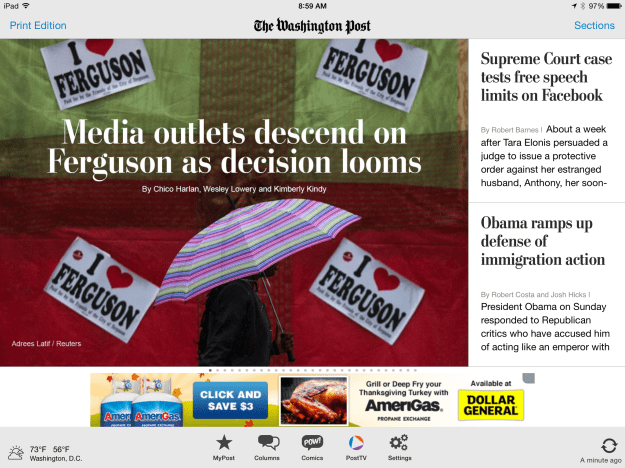 50 thoughts on “The much-anticipated Ferguson decision”