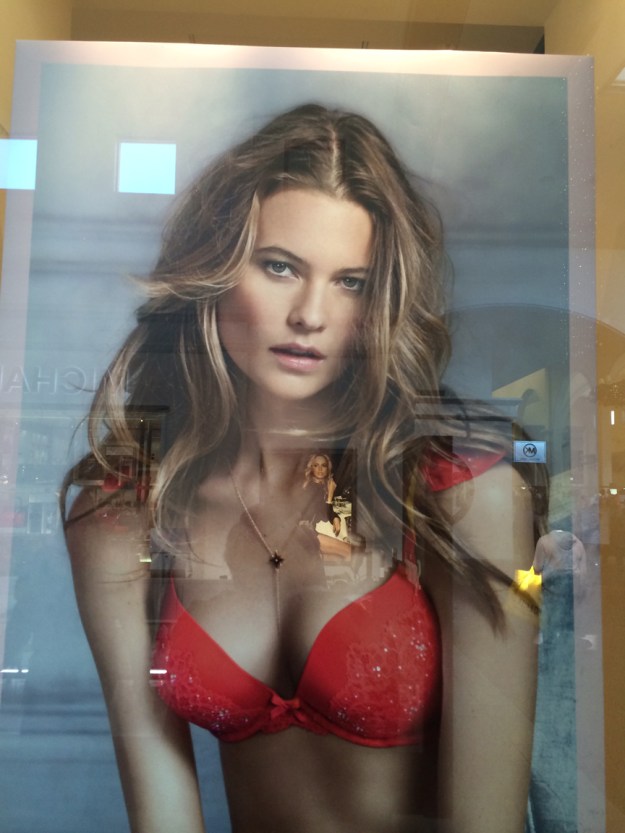 I mentioned earlier about going to the mall today.

While there, I puzzled over this poster in the Victoria’s Secret window: What’s wrong with this young woman? Is she ill? She looks peaked. Does her stomach hurt? Is she wasting away? Is this supposed to be a come-hither look? It seems rather off-putting instead. Has she been bitten by a “walker“? I want to offer her a blanket, and then step away in case it’s catching. It’s not exactly heroin chic, but it’s off in that direction. Are they trying to sell that bra? If so, this is no way to do it. It seems to be a burden to her, causing her shoulders to slump in defeat.

But wow, she’s not nearly as strange as the one below, from a window a few yards away. What’s her thing? More like Devo chic, or wind-up doll chic?

Are these images supposed to be appealing? If so, to whom? Men? Women? Robots?

The popular aesthetic has taken a strange turn. Again. 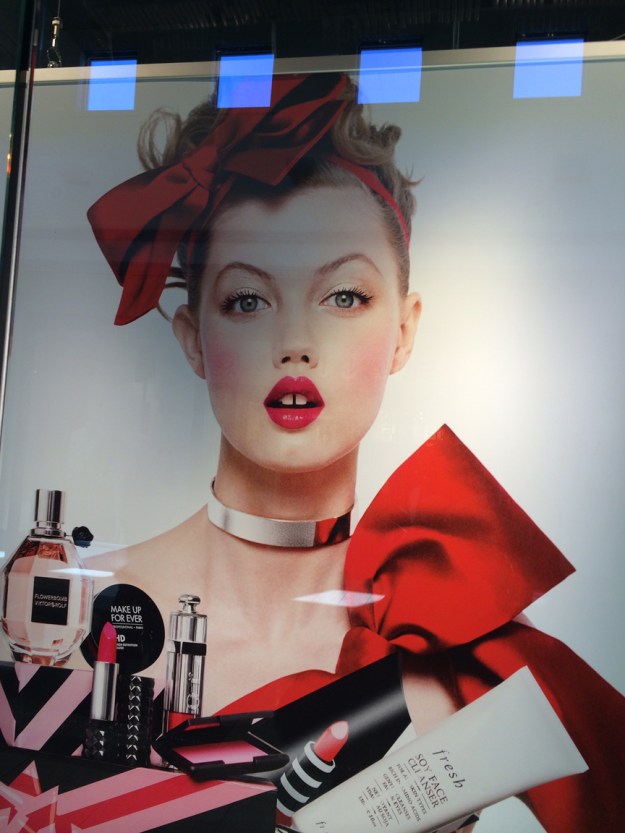 36 thoughts on “What’s WRONG with these poor young women?”