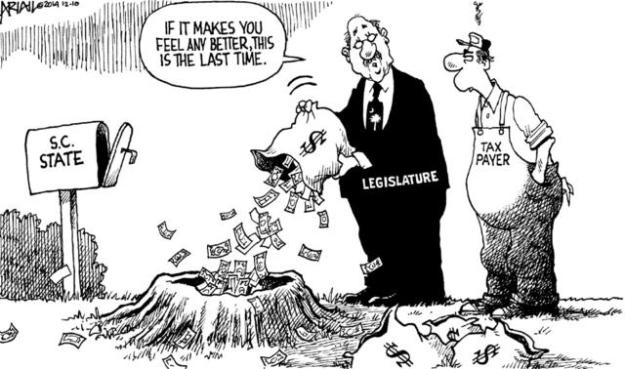 1. Kappa Sigma eviction put on hold at USC — So as I understand it, this fraternity, which just came off a three-year double-secret probation, has been banned for five years because of “hazing, alcohol abuse and controlled-substance violations.” So, my big question is this: Isn’t that kinda what fraternities do? I don’t know; back in my college days Greek life was considered so monumentally uncool that I never considered it, and ran the other way the couple of times I was invited to a rush party. Followup question — if this isn’t what fraternities are for, then what are they for?

2. CIA boss defends post-9/11 tactics — To continue the conversation on our big topic of the week. DCI Brennan does acknowledge that some of the CIA’s methods were “abhorrent.” So, you know, mistakes were made…

3. Leaders scramble for support for spending bill — And if they don’t git ‘er done by midnight, the government will, once again turn into a pumpkin. We should have had a pool, after the election, on how long it would take the new GOP majority to shut down the government. The winning prediction would have been “before the new majority even takes office.”

4. U.S. Oil Prices Drop Below $60 a Barrel — A shot in the arm for the economy, perhaps, but I’m not looking forward to sharing the road with even more SUVs. Neither is the planet…

What do you want to talk about?