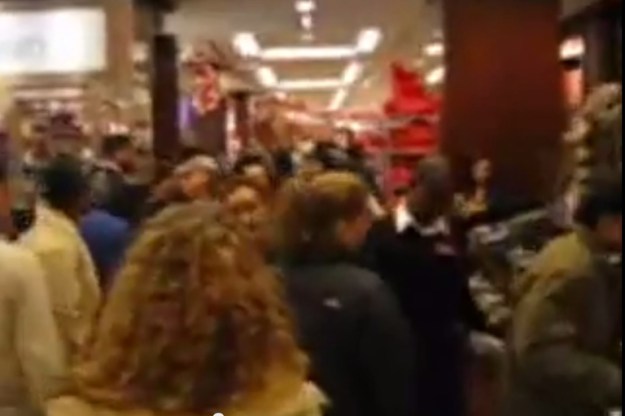 A still from very shaky, low-res video I shot inside Macy’s flagship store on 34th Street in New York on Black Friday, 2007.

Once upon a time, we kept track of our days this way throughout what was termed Christendom:

Anyway, you get the idea. There wasn’t a day in the calendar that didn’t have its own, holy designation — if you belonged to a liturgical church. Although some feast days were more equal than others.

But as Bob Dylan would say, it used to go like that; now it goes like this:

You’ll note that, with the exception of Giving Tuesday, this new liturgical calendar is about nothing holy or transcendent, but all about the gimme-gimme, pure commerce. For that matter, Giving Tuesday is about trying to adapt altruism to this new, entirely secular calendar of recognized (and much advertised) observances.

This formalization of the shopping calendar has pretty much taken place entirely within my lifetime.

22 thoughts on “Our new, entirely commercial, liturgical calendar, purged of all religion”