Cindi Scoppe had a good piece on the issue of unnaming Tillman Hall at Clemson today.

Basically, she took apart the silly argument from certain quarters that changing such a name constitutes “rewriting history.” A salient passage:

The comparison to slave owners might work if this debate were simply about someone who owned slaves. That is, someone who was simply following the accepted norms of his day. That is not what Benjamin Tillman was. 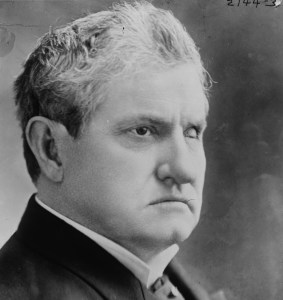 Benjamin Tillman was an outlier, an extremist, a brutal racist even by the standards of his time. Many of his contemporaries considered him a dangerous man who wanted to push our state and nation in a dangerous direction — among them the men who founded my newspaper in 1891, for the primary purpose of opposing the new governor’s policies.

Sen. Tillman earned the name “Pitchfork Ben” when he threatened to impale President Grover Cleveland on a pitchfork. He was censured by the Senate for assaulting another senator on the Senate floor. Such brutality alone should have been reason not to name things after him….

If one must honor Ben Tillman in order to respect history, then I will henceforth abandon my lifelong love of the subject. I not only have the prejudice here of a former editor of The State, which as Cindi says was founded to fight Tillman and all he stood for (which is why his nephew murdered our first editor). It’s my personal heritage. My ancestors despised him.

I’ve told you before the anecdote about my grandmother, as a child, living next door to Tillman in Washington, a state of affairs which appalled her parents (they later moved out to Kensington, Md.). She remembered sitting on his lap and asking what was under his eyepatch.

Her family provides the very contrast that Cindi points to. My grandmother’s family — my family — had owned slaves, long before she was born. They were of that time and that class (other ancestors of mine, however, were far poorer and therefore innocent of slaveholding). Her grandfather had served in the Legislature both before and after the War, and that was what that demographic did in South Carolina.

As uncomfortable as that personal history makes me, my family by contrast looks great next to Tillman, who was a monstrous figure.

Cindi’s piece mentions the decision to strip ex-Sheriff James Metts’ name from a boat landing. That was a perfectly appropriate thing to do, after the sheriff’s disgrace. But I tell you, I’d name the whole state for Jimmy Metts before I’d name a mad dog after Tillman. Metts is not 1,000th the malevolent figure that Tillman was.

I say that not because I want to rewrite history. I say it because I know my history (although still not nearly as well as I should, and my education continues), and choose to learn from it.