Remember Cameron Runyan’s solitary stance on a vote dealing with an aspect of the same-sex marriage issue?

There was a flurry of rhetoric at the time to the effect of “somebody oughta run against this guy.” There was a Twitter feed and everything — although the last Tweet was Dec. 10.

Well, “somebody” may. Free Times is reporting this:

On Nov. 18, Columbia City Council voted — by a count of 4-1 — to extend benefits to the spouses of city employees who are in legal same-sex marriages, including legal marriages from any of the 50 states. Councilman Cameron Runyan cast the lone dissenting vote. 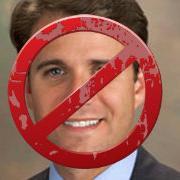 A day later, on Nov. 19, longtime Columbia political consultant Tige Watts posted the following on his Facebook page: “As God is my witness, I will do everything I can to make sure Cameron Runyan is not re-elected to Columbia City Council 349 days from now.”

On Monday afternoon, Watts told Free Times that he is heavily considering a run for the at-large seat on Columbia City Council currently occupied by Runyan. Watts says he is in the process of preparing campaign materials and would likely make an official announcement at the end of the month.